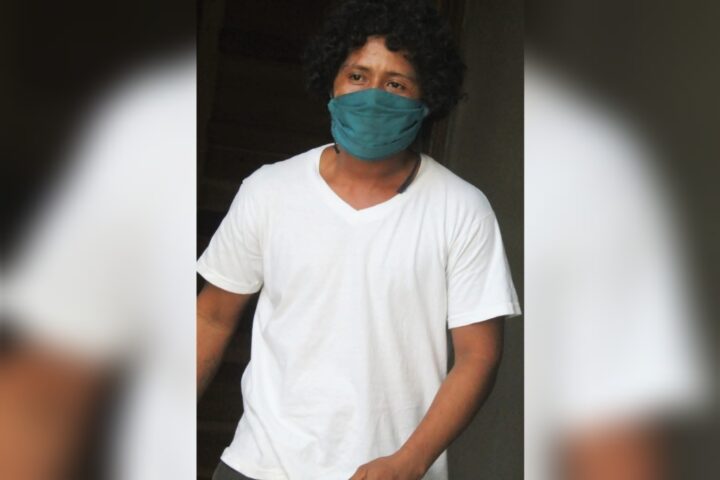 By BBN Staff: A resident of Corozalito Village on the Old Maskall Road, Alexander Villamil, is very lucky to not be spending time in prison after his ex-girlfriend, the mother of his children, decided to drop criminal charges against him stemming from an incident in August in which he allegedly attacked her, pulled a machete and threatened to kill her.

Villamil appeared in Belize City Magistrate’s Court today before Magistrate Khiana Gordon, however, the mother of his children appeared in court to request that charges be dropped. She explained she was doing so of her own volition because if he goes to jail he will not be able to maintain his children, for which she has taken out a maintenance order, and more compassionately, because Villamil has an ailing father who he cares for and who needs his help.

With that, police prosecutor Sergeant Christopher Smith informed the court that the prosecution would offer no further evidence against Villamil and he was free to go.

On August 24, Villamil was arrested and charged for the domestic incident and had initially plead not guilty before being remanded to prison.