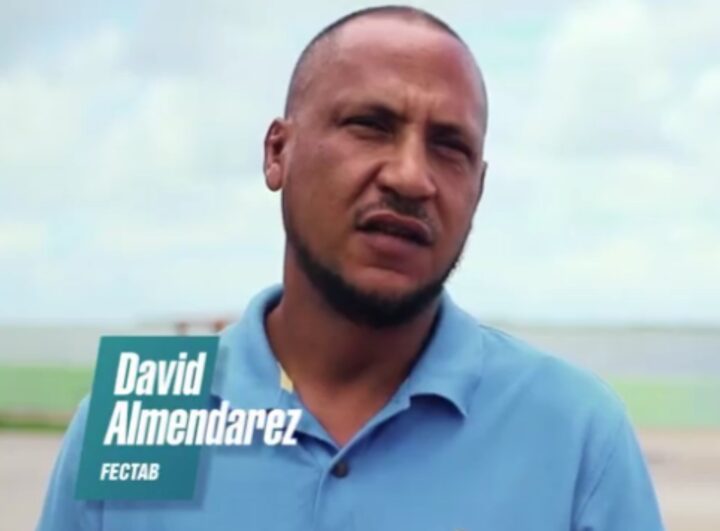 By Benjamin Flowers: The Federation of Cruise Tourism Associations of Belize (FECTAB) has condemned the Government of Belize for rescinding the approval of the causeway from Belize City to North Drowned Caye for the Stake Bank Cruise Port, which had already been greenlighted by the previous administration.

FECTAB held a press conference on Monday, stressing the causeway is an integral part of a larger operation that will bring much-needed jobs for Belizeans. FECTAB President David Almendarez said that the decision taken by the Briceno administration is one that impedes progress for Belizean tour operators who are finally getting their fair share of tourism dollars through the project.

“This is how it works right now at the FSTV (Fort Street Tourism Village). When those people get off that ship, those who have booked tours go and do their booked tours. Those of us who have not booked anything – which I would say is about 25%-30%, depending on the season – walk around to book tours. Those people who have good connections are inside of the village, and they get the prime cut. For the most part, FECTAB members are left outside,” Almendarez said.

FECTAB President Emeritus, Tom Greenwood, said that thousands of jobs are depending on the project moving ahead as laid out in its environmental compliance plan.

“There are almost 400 people working on that island. When we go into the second stage of North Drowned Caye, we’re going to be needing two-three thousand people,” Greenwood said. “You know what the employment situation is gonna be there? Why would somebody want to cause damage to such a well-thought-of operation.”

The government’s statement said that the causeway was under urgent review because “Serious questions have arisen from such briefing including purported missing files.”