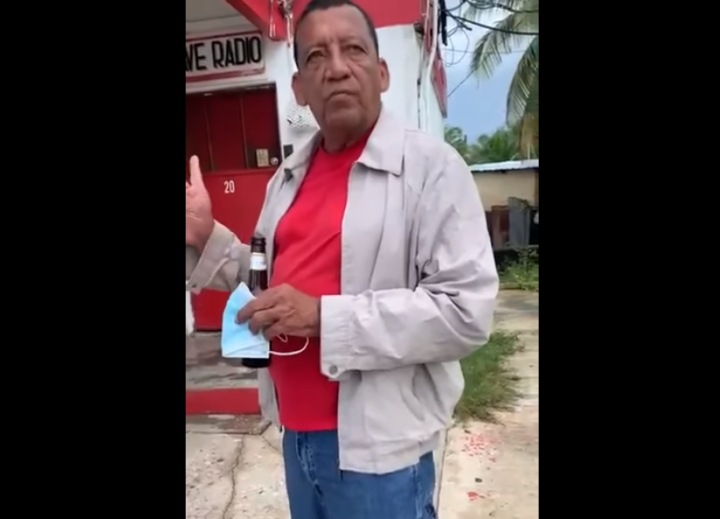 Bradley appeared before Magistrate Khiana Gordon today before 10 a.m. and was arraigned on a single charge of ‘public drinking’. He plead ‘not guilty’ to the offense and was offered bail in the sum of $400 plus one surety of the same, which he met immediately.

He’s due back in court on December 22, 2021. Public drinking, which is a misdemeanor offense, carries a fine of $25 if found guilty.

Bradley was arrested for public drinking in front of UDP Headquarters on Youth for the Future Drive sometime over the weekend and the entire ordeal was filmed by the arresting officer. In the now-viral video, the police officer approaches Bradley and informs him that he is committing the offense of public drinking. In the video, he protests the officer’s assertion, beer in hand, while making the case he is on private property.