Belize to support regional reparations movement and present own case 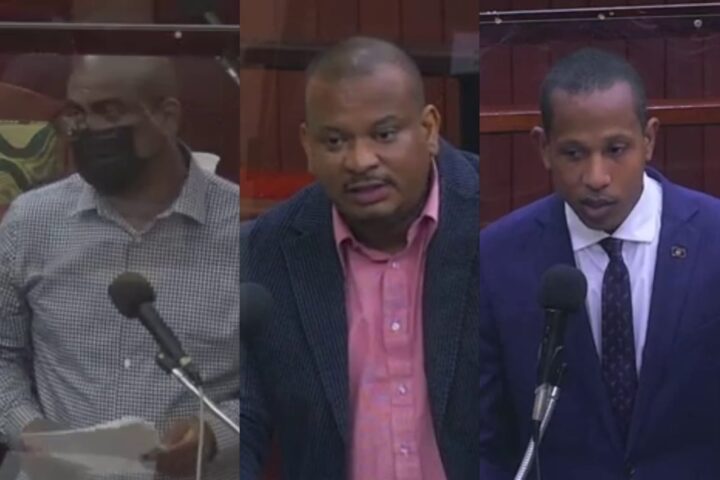 The Government proposes that it present “the appropriate case in the United Kingdom to determine whether, as a matter of law, the United Kingdom is liable for the unlawful seizure, transportation and subsequent enslavement of African people in Belize under British Colonial Rule up until 1833, and to receive the appropriate reparations from Britain,” on behalf of the former slaves and their descendants in Belize (then the British Settlement in the Bay of Honduras); and evaluate the economic cost of slavery, damages for the denial of African culture and history, physical abuse and murder, denial of basic human rights and continuing severe generational mental and psychological damage to slaves and their descendants.”

The Government of Belize is morally, legally, and ethically obliged, on behalf of the former slaves and their descendants of Belize to present this case, it argues.

Hyde tied the scars of slavery to our modern conditions, especially for those of African (Kriol and Garifuna) descent, and how those horrors have not been told until recently, and how it has affected our ethnic psyche – to the point where we have subscribed to standards of beauty and worth that are artificial, and have degraded ourselves and each other and the memory of our ancestors.

But he was careful to point out that any money seen from reparations is not close to resolving our issues. Reparations is about “repairs” – economic, social, cultural and others to avoid the extinction prophesied by pioneering black regional leader Marcus Garvey.

And there is precedent, he added, especially in the case of the Holocaust, costing over US$2 billion to Germany (and ironically, to slave owners at the end of slavery across the British Empire in 1833 while slaves were kept working as ‘apprentices’ and at low wages thereafter until the uprisings of the late 1800s and early 1900s leading to decolonization). Britain, he pointed out, is built off the back of the wealth earned then, and owes not just the apologies made, but to take responsibility.

The House of Representatives currently has nine members of identifiably African descent in whole or in part – on the Government side, Hyde, Kevin Bernard of Orange Walk East; Anthony Mahler of Pickstock; Stann Creek West’s Rodwell Ferguson and the absent Gilroy Usher, Junior representing Port Loyola; on the Opposition side, Leader of the Opposition Patrick Faber, Mesopotamia’s Moses “Shyne” Barrow, Albert’s Tracey Taegar-Panton and the absent Denise Barrow from Queen’s Square. Each of those who were present made remarks supporting the motion, as well as several of their colleagues. In his remarks, Prime Minister John Briceño said part of his family is also black, making the issue dear to him.

Faber offered the Opposition’s 100 percent support “and more if we could,” recognizing that this is a celebration for all Belizeans and noting the start of observing Emancipation Day on August 1 as the rest of the Caribbean has done for many years.

Barrow noted that the result of slavery is before our eyes every day: “It is not that those young men, those young women want to live like that, want to think like that. But we have to recognize that there was a period in this country and other nations where people were forced to be animals; they were forced not to think. If you were caught reading you were killed. Nobody taught the people in Belize who were brought here to build Belize; nobody taught them to be free, to be landowners, to be entrepreneurs; nobody taught them that. And that is what reparations is all about; it’s not about saying here’s a couple hundred million dollars, because you can give someone a hundred million dollars and they would still be poor.” And he indicted both parties for the “dependency syndrome” established over the last 40 years by previous politicians acting as “neo-colonial masters” who have not done enough to overturn the mental defect left by slavery in the descendants of slaves.

The motion was adopted and now goes to the Senate. Fort George’s Henry Charles Usher quoted the popular phrase of Lord Mansfield translated from Latin in the Somerset case of 1772, which effectively freed a slave who challenged his removal from Britain: “Let justice be done, though the heavens fall.”