BWS announces water interruption in Dangriga on Thursday, to close a number of streets 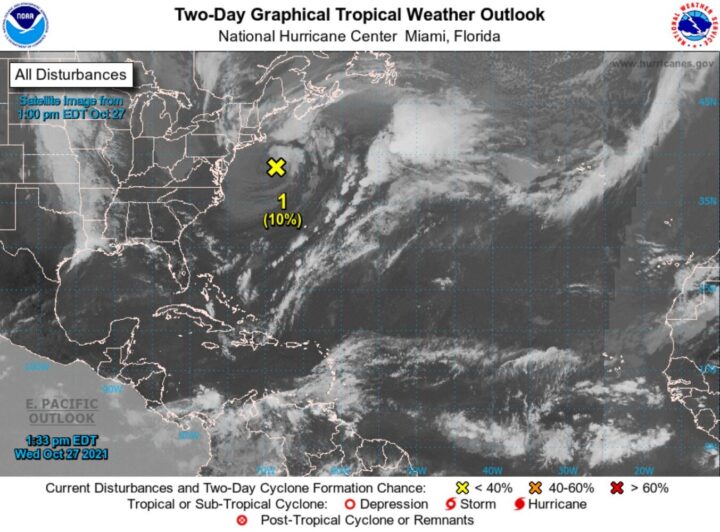 By Rubén Morales Iglesias: The United States National Hurricane Center (NHC) is still tracking a non-tropical low-pressure system with storm-force winds which is expected to cause wind impacts to areas in the northeastern United States coast.

The NHC said the deep, non-tropical low-pressure system is more than 200 miles south-southeast of Cape Cod, Massachusetts. It’s expected to begin moving to the East away from the United States during the next several hours.

The NHC expects the system to move eastward or southeastward possibly acquiring some subtropical characteristics as it moves to the warmer waters of the central Atlantic through the weekend.

Though the NHC gives it low probabilities of developing, should the system reach tropical storm category, 40 miles per hour winds, it would be the 21st named storm this hurricane season and would be named Wanda.