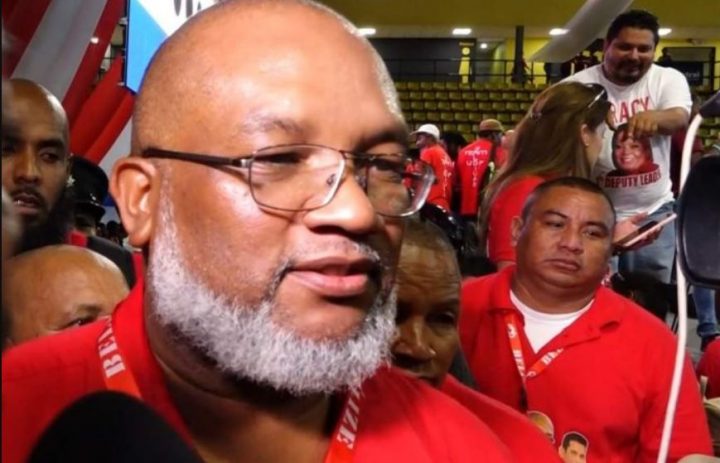 By Aaron Humes: Since his unexpected alliance with Patrick Faber to settle the simmering tension inside the United Democratic Party (UDP), for now, ex-Belmopan area representative John Saldivar has begun a campaign to rehabilitate his name in the eyes of the public – mainly by insisting he has done nothing wrong other than hiding the truth from his party colleagues.

In a social media post, Saldivar claims then-Prime Minister and Party Leader Dean Barrow was informed of the campaign contributions in question from Lev Dermen, “many weeks before” being briefly elected Party Leader after which the Dermen revelations came out at his trial.

According to Saldivar, “…My colleagues knew this because, on the day that I was asked to step down as Leader Elect, in an effort to walk away with a modicum of respect from my colleagues, I asked the Prime Minister to confirm to them that I had indeed informed him many weeks before and certainly prior to the Cabinet meeting where it was claimed that I had lied, that I had received campaign financing from Lev Dermen. So my colleagues knew I had informed the Prime Minister and that is why they have not treated me like I have leprosy…”

Unanswered for the moment is whether Barrow knew as early as September of 2019, when he told reporters he had already decided on whom he would vote for Party Leader at the February convention; how that influenced his decision to subsequently remove Saldivar from leadership and suspend him as a Government Minister; why knowing what they knew, Party members still voted against Saldivar for leadership at the July ITVET convention in which Faber won, and perhaps most importantly, why bring it up now that he and the party are out of power.

Saldivar’s wider context is a recent interview between Channel 7 News’ Jules Vasquez and Albert area representative Tracy Taegar-Panton, in which the latter agreed with the former that “it is “self-evident” that “John Saldivar brings too much bad baggage to the UDP.” Saldivar begs to differ, insisting that Taegar-Panton knows the truth but is willing to live with the perception if it keeps Saldivar out of her path to, eventually, Party leadership when the time is right. He adds that his unexpected alliance with Faber has created a problem for those opposed to both of them.

The bottom line, according to Saldivar, is that he has not been accused, much less convicted, of bribery and corruption and indeed, that all he has been found guilty of is accepting campaign contributions from a man now convicted for dirty dealings with the Federal Government in the U.S. (a local investigation meanders on). More importantly, the lesson for today is, “When the truth is not put in the public domain the public has no other choice but to believe the lie that they are being told.”

Where this leads, if anywhere, will be determined in times to come.