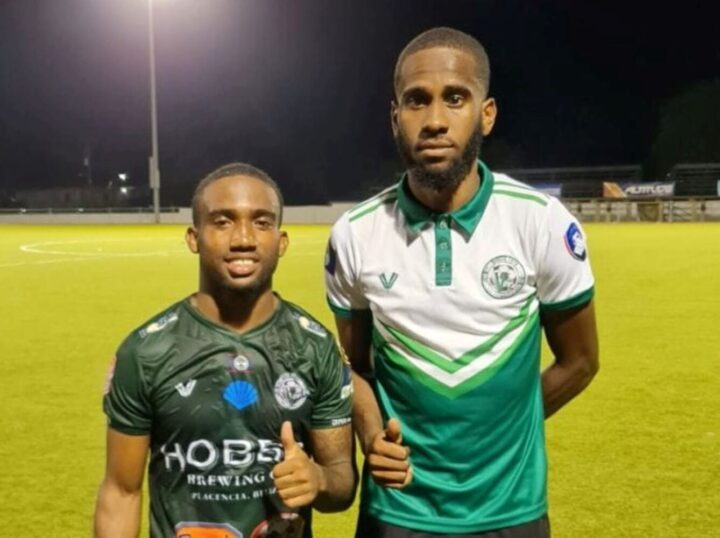 By Rubén Morales Iglesias: Verdes won their second consecutive match in the FFB Top League dispatching Altitude on Sunday, October 31, 2021, at Isidoro Beaton Stadium where all games are being played to limit COVID-19 exposure.

Norman Anderson hit the first goal for Verdes in the 18′ while Krisean Lopez sealed the match in the 54′. Lopez is now the lead scorer with five goals to his credit after scoring four in last week’s 13-1 record blowout of Caesar Ridge. Trimayne Harris converted a hattrick in that game. Junior Vargas and Jordy Polanco added two each, while Darrel Myvett and Owen Sosa scored one a piece. Shawn Young scored Caesar Ridge’s only goal.

Sunday’s victory puts Verdes at the top of the FFB Top League with six points, two more than San Pedro who have a win and a draw.

On Saturday, October 30, Caesar Ridge played a much better game pulling a 1-1 draw against Belmopan’s Garden City. Dion Cacho scored the opener for Caesar Ridge in the 52′ but Jarret Davis drew the game even in the 74′.

On Sunday, October 31, the San Pedro Pirates played to a 0-0 draw with Dangriga’s Wagiya SC.

That was the second consecutive draw for Wagiya that last week also went scoreless in the nil-nil draw against Altitude.

For their part, the San Pedro Pirates blanked Garden City 2-0 in opening week on goals by Facundo Garnier in the 65′ and Gilroy Thurston in the 90’+3.