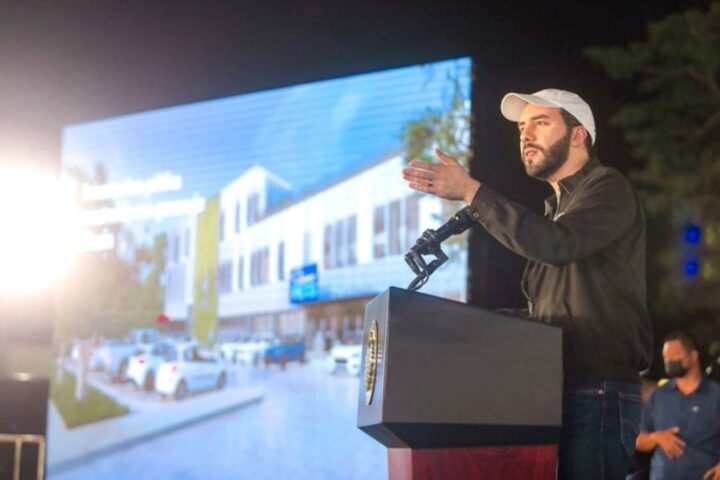 By Rubén Morales Iglesias: “I want to announce that with a few million that we have left from the profits of bitcoin we are going to build the first 20 schools, fully equipped and modern,” said El Salvador president Nayib Bukele on the Casa Presidencial Twitter account on Monday.

Bukele was speaking at the ceremony to lay a cornerstone for the construction of a veterinary hospital which he said was also going to be funded by US$4 million bitcoin profits.

Bukele, who has been criticized for making bitcoin legal tender in El Salvador was hitting hard at his opponents, both local and international, in his Casa Presidencial tweets saying that had he listened to them he couldn’t have been announcing the construction of the hospital and the schools.

“Thank God we did not pay attention to them and the profits that they did not want to exist will benefit many animals,” said Bukele in one of his official tweets.

“The funny thing is that the opposition was against the bitcoin law and the purchase of bitcoin,” Bukele said in another tweet.