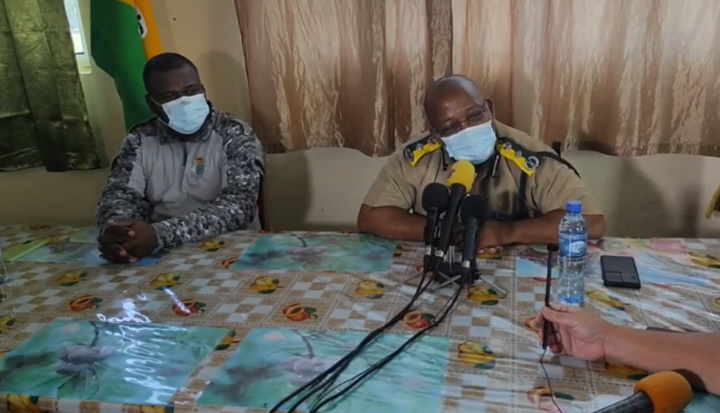 By Aaron Humes: Four persons including two Police officers have been detained and a fifth, also a Police officer, are being sought by the Department in connection with Thursday’s plane landing.

Two civilians were picked up in the Toyota Hilux pick-up truck that was stopped at a checkpoint, though not before trying to dump their illicit cargo.

Two Police officers including a well-known Corporal and an officer attached to a high-society figure have also been detained, and a fifth suspect, a Sergeant based high up in the Operations Unit in Belmopan, is being sought after documents with his name on them were found in a vehicle at the scene.

The Commissioner maintained that he has and will hold officers accountable for their actions but concedes that it will be tough to convince Belizeans that the office headed by Alford Grinage and the retiring Marco Vidal wasn’t previously compromised. Nonetheless, he maintains that whomsoever involved beyond those already suspected will be brought in.

And he acknowledged that while the Joint intelligence Operations Center coordinates activity regarding interdiction of drug planes and depending on the rotation of officers some of these men may have been called on.

But there will be an investigation of the overall unit to weed out other potential bad apples.