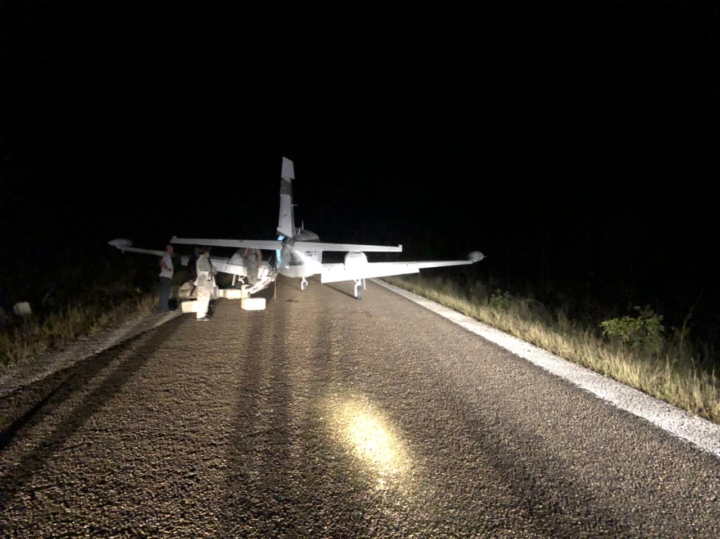 By Aaron Humes: Commissioner of Police Chester Williams said that he is both elated at the bravery of the officers who helped apprehend two suspects in last night’s plane landing and at the same time disappointed that as he confirmed, Police officers are involved.

Two persons are being held and another, a Police sergeant, is being sought.

The landing occurred late Thursday night and four responding officers came under heavy fire but were able to hold their position.

The Commissioner and one of his deputies in charge of operations, Alford Grinage, coordinated a checkpoint to stop a Toyota Hilux pick-up truck seen fleeing the area heading south toward Punta Gorda Town and managed to do so.

Police recovered 25 bales of cocaine, each containing 30 bricks; and five assault rifles, one of which was confirmed to have been stolen from the Benque Viejo Town Police Station. 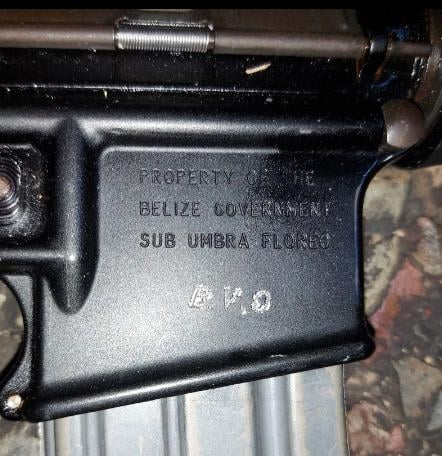 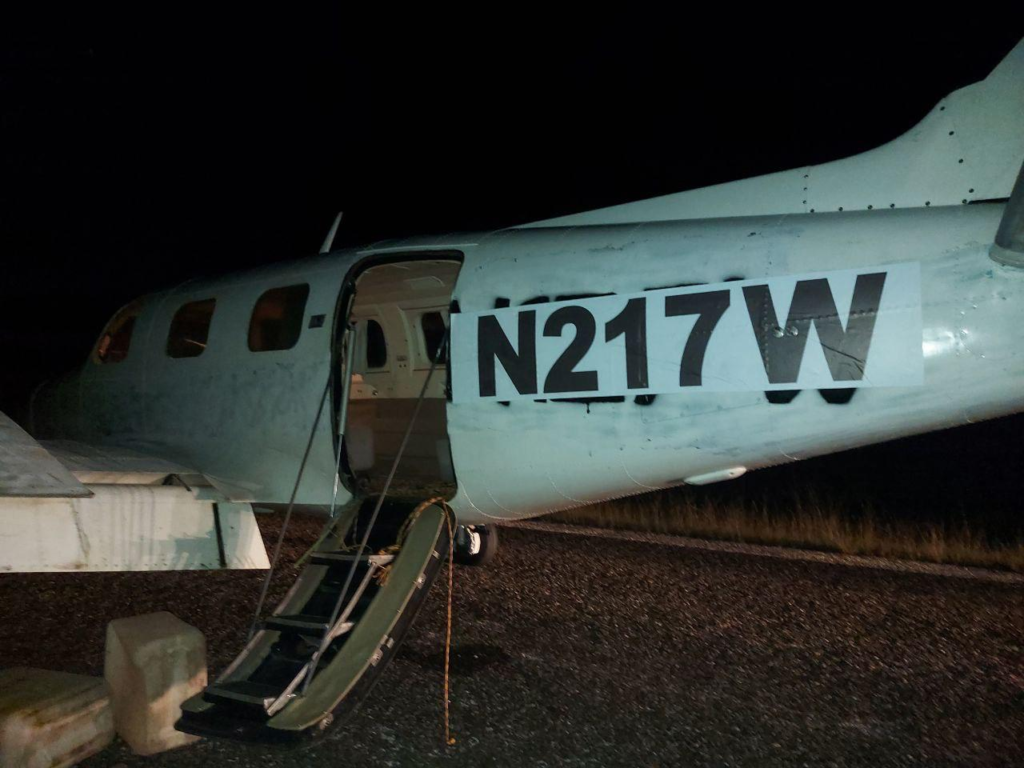