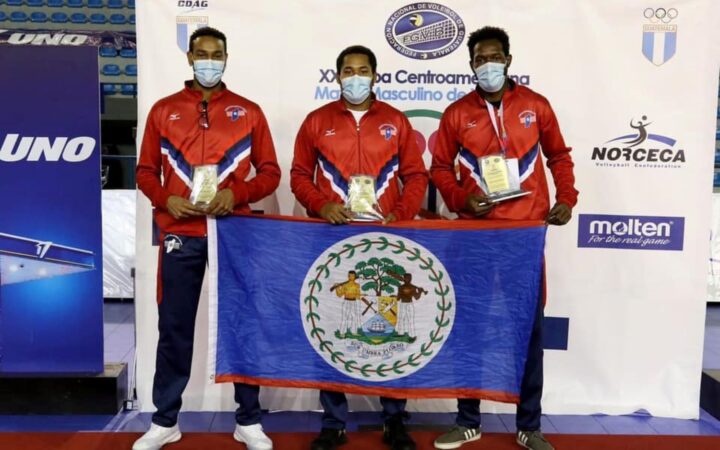 By Rubén Morales Iglesias: Despite a dismal 5th place in the XXI Central American Men’s Volleyball Cup in Guatemala City, Belize was the only country to win three individual awards at the end of the regional tournament.

Costa Rican Gilbert Solano was the Best Opposite.

Nicaragua picked up two individual awards. Emilio Andrews was the Best Blocker and Miguel Castilo was the Best Libero.

All teams won one game less than their record shows. That’s because Panama pulled out of the competition at the last minute and all teams were awarded a 25-0, 25-0, 25-0 win over Panama.

Guatemala won the championship with a 6-0 record, Costa Rica was second with 5-1, and Nicaragua was 3rd with 4-2.