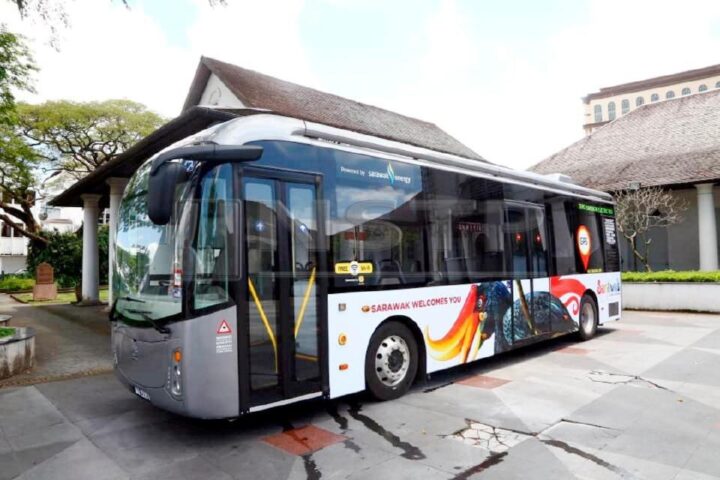 By Rubén Morales Iglesias: The Ministry of Public Utilities, Energy and Logistics is embarking in a pilot electric buses project as part of its “Driving Belize to Electric Mobility” program.

This move comes as the world talks at COP26, the climate change summit, about reducing our carbon footprint by cutting our use of and dependence on fossil fuels.

Energy Minister Rodwell Ferguson said that through the European Development Fund (EDF), the Ministry is getting funding to buy three electric buses, and these should be in the country by mid-2022. He noted that by 2030 car companies will no longer make gasoline or diesel vehicles and Belize is preparing for that.

Ferguson, speaking on the Love FM Morning Show on Wednesday, November 3, said the Energy Ministry has designated spots for private runs – one in the West and two in Belize City.

Energy Director Ryan Cobb said the EDF pilot program is valued at BZ $9 million and that the Energy Ministry has partnered with the United Nations Development Program for its implementation. Cobb said that the Ministry is looking at how cost effective the buses will be within the Belize context in reference to local factors such as salinity, humidity, and terrain.

Ferguson said the price of the buses is outrageous costing between $700,000 to $800,000 per bus but he figures that in the end it should pay for itself.

He noted that within the next few days BEL is going to contribute two electric motorcycles, one to the Belize City Council and the other to some organization to start the process.

Ferguson said that regarding electric cars, we already have a few in the country and that BEL is piloting charging stations across Belize City. Eventually these would spread throughout the country.

He added that the Government will have to draft legislation in country to make electric cars more affordable since the duty at 75% is too high.

In the meantime, before going electric, Ferguson said by June 2022, Belize must transform from ‘school buses’ to coach buses. The Energy Ministry is in discussion with ADO bus company in Mexico, he said, to buy four-year old coach buses for use in Belize.