“Bladen Eleven” arraigned; bail may be considered later this week 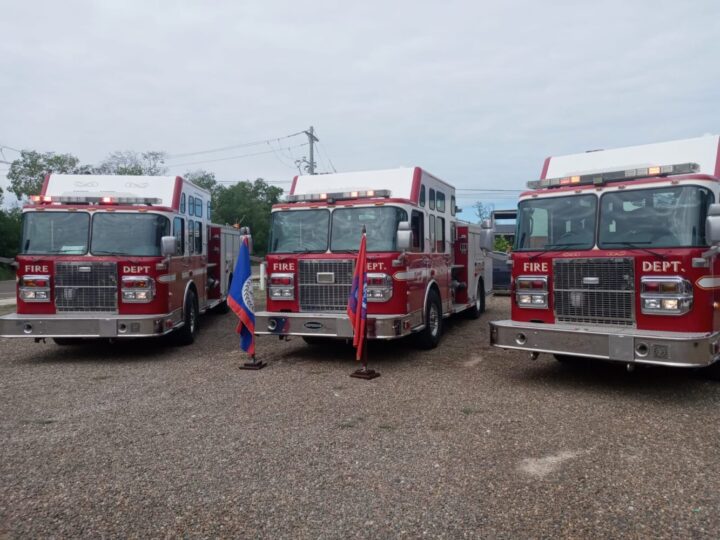 The trucks, that hold up to 1,000 gallons of water each, are a donation from Calgary, Canada.

According to Fire Chief Collin Gillett, though the trucks are from 2004 they are the most modern the National Fire Service has.

Gillett said two of the trucks will be stationed in Belize City and one will be deployed to Santa Elena in the Cayo District.

Gillett said that once the new Fire Service headquarters on Chetumal Street comes on line, one of the trucks will be stationed there, but construction of that facility is not expected to start until next year. Gillett also said the Ministry of Infrastructure, Development, and Housing is working on the plans for six district stations as well.

In the meantime, the National Fire Service continues being headquartered at the Marion Jones Sporting Complex.