Marco Vidal transferred from being Commander of Operations; His whole team transferred in light of narco plane investigation 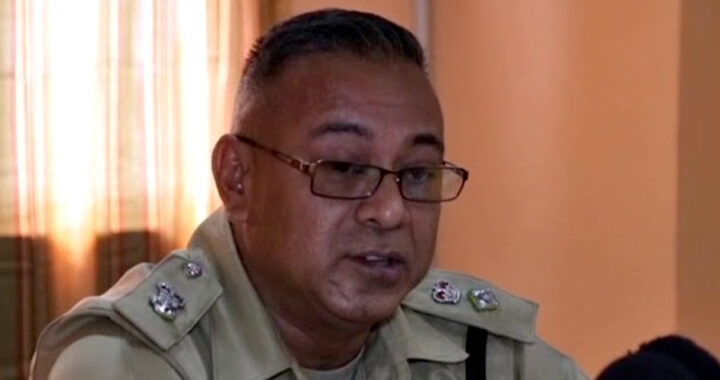 By BBN Staff: The Belize Police Department has made several changes to its senior management and sweeping changes to its Operations Team, headed by Deputy Commissioner of Police Marco Vidal after several members of Vidal’s team were arrested in connection with a drug plane landing in southern Belize last week.

“The team that worked with Mr. Vidal at operations office, those who were not arrested as a part of this plane landing, they have all been transferred to the regular police body. Again, while we still continue to do our investigations because we do certain things it might uncover the involvement of other persons, so long as there is evidence, later on, to suggest that any other person be it police officers or not, and regardless of rank or whatever is involved, we will follow the evidence and do what needs to be done,” Willaims said.

He stressed that there is currently no evidence to suggest Vidal’s involvement in the plane landing, but that the transfer was to ensure that the investigation is conducted as fairly as possible, without any interference.

Willaims also said that the ongoing investigation will have a cross-section of investigations working on it along with assistance from the United States Drug Enforcement Agency (DEA). He stressed that investigations will be thorough and that department will not be covering up for anyone found to be involved.

He is expected to announce further changes to the police senior command later today.