Prime Minister commits to meeting with cane farmers ‘next week’

Magistrate Court gets COVID scare at arraignment of murder suspect 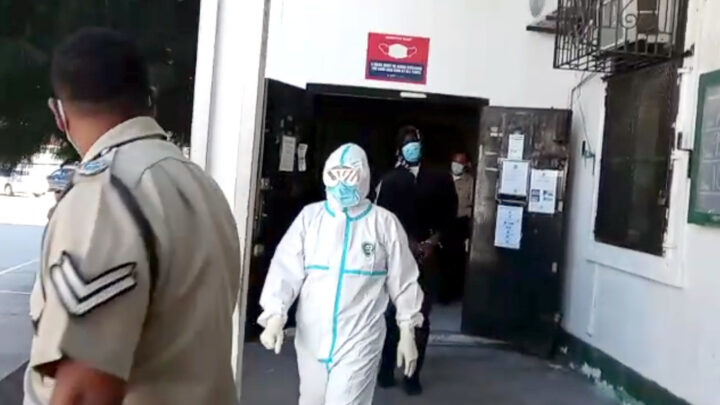 By BBN Staff: The Belize City Magistrate’s Court had a health scare yesterday after a suspect brought in for arraignment stated that he was possibly infected with COVID-19.

During the arraignment his attorney raised to issues, asking the court if Gentle would be able to speak to his fiance outside the courtroom, and requesting that police escort him for medical treatment as he was not feeling well. Gentle then told the court that, despite having been vaccinated, he felt it possible that he may be infected, as he has been feeling ill for the past two weeks and displaying some symptoms of the virus including vomiting.

The Belize Emergency Response Team (BERT) was immediately called in and by 11:00, Gentle was escorted to the hospital for testing under police guard. Meanwhile, efforts to sanitize the courtroom and the cellblock that he was being held at were also launched.

Gentle’s rapid test results later came back negative sometime later, and he was remanded to the Belize Central Prison until his next court date set for January 12, 2022.

The allegation against him is that on Sunday, November 7, he was at Hyde’s home at the corner of Vernon and Mopan Street in Belize City when they got into an argument and he allegedly stabbed Hyde multiple times causing his death.