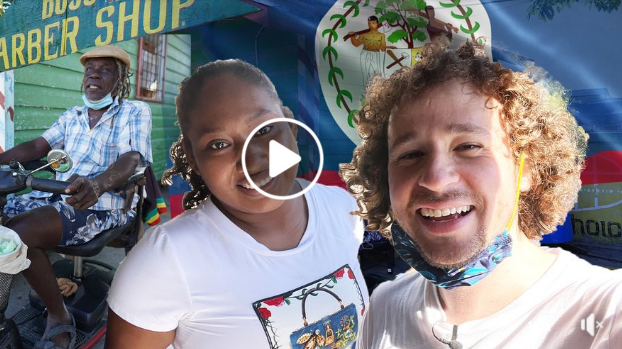 With 37.5 million subscribers, Luisito’s YouTube channel is the second most popular in Mexico and is the seventh most subscribed channel in the Spanish speaking world. On Instagram, Luisito has 29.8 million followers and on Facebook he has 20 million followers. With this kind of following, Luisito is good for Belize and his visit and social media posts about Belize is a welcome blessing, particularly for tourism.

Using his charismatic personality and positive aura Luisito recorded his entry into Belize, greeted Belizeans, took photos and images of his visit to Corozal, along the highway and in Belize City, and he put together a 17 minute 35 seconds video clip. And guess what happened? Luisito’s personality and huge following along with his keen interest and positive spin on everything Belizean helped to drive the views on all of his social media posts.

In his posts he noted “I came to explore this country because I was curious to have never visited it being so close to me. From day to day, knowing very little about it (Belize), I ventured, and was completely fascinated”. He described Belize as “a territory so different from any other in the Americas but with the same human warmth that characterizes us” and that he was impressed with the mix of cultures, food, people, the way of speaking and wooden houses.

Luisito Comunica gave positive reviews of our beautiful country and this feat alone earned Luisito lots of Belizean subscribers and followers. Both Luisito and Belize gained from his recent visit to the country.