Dr. Fernando Cuellar resigns from KHMH Board amid argument over resources for hospital 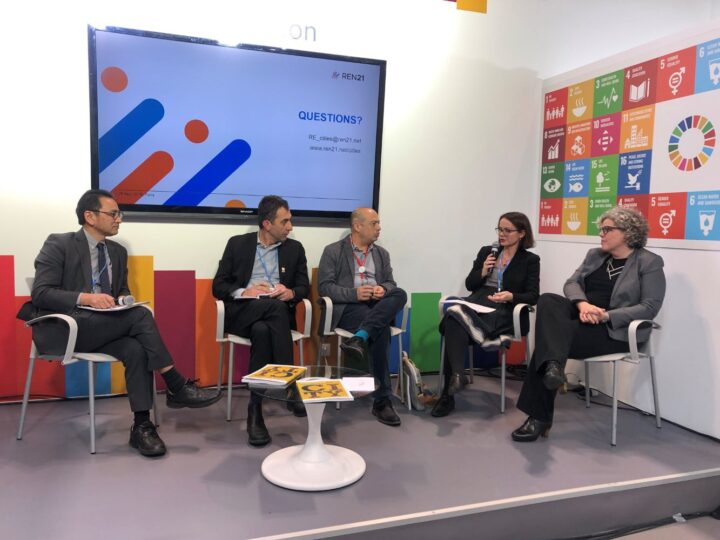 By Norris Hall: Belize’s Prime Minister, John Briceno, may have had an epiphany at a very high altitude, on his way to the United Nations sponsored International Climate Change Conference that was held in Glasgow, Scotland earlier this month.

His first big row was with The Nature Conservancy over returns from carbon sequestration credits under a deal TNC brokered with the previous Barrow Administration for its control of 236 thousand acres of Belize’s Maya Forest in Northern Belize.

In re-negotiating that deal, the Briceno Administration will pocket $65 million in revenue.

The Belize government will then repay this Blue Bond to the TNC on softer terms over the next nineteen years.
This was a major accomplishment for the Briceno Administration, but one Senator has commented that this all depends on how the government applies the savings and expressed concerns about some of the controlling strings attached to the deal.

However, this initiative received raving reviews at the environmental conference.

This could also be a blessing to put a stop to the cruise ship craze that will invariably but pressure on Belize’s Barrier Reef if the situation is allowed to continue as it is. Environmentalists say that Belize should not accommodate so many cruise ship terminals.

On his return from his visit to Mexico where he met with President Obrador, the Prime Minister announced a proposal to build a bridge between Mexico and Belize thereby messing with Belize’s Crown jewel, a pristine eco-zone where the reef meets the coastline with Mexico.

This has put the PM on a collision path with local environmental groups. It is hoped that he will be forced to back off from this idea which is inconsistent with his declaration at the COP 26 Environmental Summit.

The PM has also shown scant interest in reports from Friends of Conservation and Development (FCD), another local environmental group charged with the management of the Chiquibul Park and Rain Forest on the Western border with Guatemala.

FCD has reported persistently on incursions and de-forestation by Guatemalans living on the border. It has also recently complained of the damage that a Gold Mining Concession is causing to water resources in the area and non-compliance with an ECP (Environmental Compliance Plan). This also has damaging implications for the Reef.
Given recent official pronouncements on environmental issues, and Belize’s miserable debt crisis, political environmental gabbing would appear to lack sincerity. It appears to be more about what the environment can do financially for the country rather than about saving and protecting the environment for the country and its citizens through good stewardship. There has to be a cohesive approach.

The Prime Minister’s commitment to environmental issues has also been questioned in environmental circles. Before going to Scotland, he invited a former Prime Minister of Canada, Consultant and climate change denier, Stephen Harper, to be the Keynote speaker at a recent “Belize Investment Summit”. It was held in San Pedro, Ambergris Caye.

As Prime Minister of Canada in 2011, Harper withdrew his government from the Kyoto Protocol for the Framework Convention on Climate Change.

That is significant and is juxtaposed to Belize’s Prime Minister’s disconnected plea for money from the industrialized G20 countries for environmental mitigation resulting from the effects of carbon emissions and global warming.
Nevertheless, Belize’s Prime Minister took along with him an impressive 30-member delegation of Ministers and Technocrats to the COP 26 where they made an impressive showing at the technical levels getting into the weeds on the very serious environmental issues.

The Prime Minister made an impassioned plea (almost) for help in dollars to protect Belize’s environment from the effects of climate change. But this did not match-up with the pronouncement back home.

In a gesture of atonement for their major environmental sins, the G20 World’s richest countries (the European Union, Canada, Brazil, Australia, China, the USA and others) committed against the Earth causing global warming and its effects,especially in poor and developing countries. Threat to the survival of mankind and of the planet.
The G20 have been dangling a USD$5 Tillion (or about $100 Billion per year) carrot to help, the mitigation of global warming and environmental degradation since the Paris Accord two years ago. To date, nothing has happened with the commitment.

There appears to be no clear formula for the disbursement of this money. Skeptics say that the G20 will continue to dangle the carrot but that there is no clear path to achieve their commitment-if ever.

Perhaps, the G20 wants to see serious commitments from the Third World that has also been guilty of environmental degradation and deforestation ironically in some instances, to clear more forest to grow more food to meet the demands of the North.

There is also no clear path and what conditions will be tied to these environmental mitigation efforts. It could take years before we can “urgently” stop the two degrees or more rise in the Earth’s temperature and before mankind faces its demise.

It is without question that the Prime Minister, in his address at the COP20 Summit, made his mark with the tenor of his address. Most of what he said was subsequently addressed by his Minister for the Blue Economy. Both almost sanctified Belize’s Barrier Reef and its contribution to the national economy without addressing other environmental issues that are tied to the survival of the reef, including deforestation for agriculture.All that has been said at the conference is only a part of the big picture. Ignoring, as they have, the long term effects of mass tourism (cruise ships) Belize’s overall environment including the delicate reef and the stampede by thousands of visitors to Mayan sites and jungle habitats, is not consistent with the desired end result to save the planet.

Mass tourism, although being a bread winner, could also have a negative long term effect on the country and the industry. There are many examples to learn from.

“Belize is the custodian of the Belize Barrier Reef Reserve System, the second largest reef system in the world and a UNESCO World Heritage Site”, the Prime Minister said, as he tried to jump through hoops to get a bit of the elusive carrot of the $Billions from the rich G20 countries. But we ponder his sincerity given some of his fouls and wrongheaded pronouncements. The people of Belize are yet to see or hear of any clear cut environmental/development policies coming out of his government.

Just after a Summit with the Mexican President in Mexico City and days before going to COP26, he announced a proposal to pour concrete in a pristine and environmentally sensitive area of the sanctified eco-system of the Barrier Reef. He says that he wants to see the building of a road, bridge or causeway (???) to link the Mexican State of Quintana Roo with Belize’s northern-most resort island of Ambergris Caye. This area is known, in Belize, as the Bacalar Chico National Park and Marine Reserve.

Some years ago, a previous PUP Prime Minister of Belize, Said Musa, described the area as the ”Crown Jewel” of Belize’s environment. It appears that the current PM disagrees or is not informed.

Bacalar Chico forms a part of an environmentally sensitive zone that begins south of Cancun and known as the Rivera Maya. It is teeming with wild life and other unique environmental features. It is in an area where the reef merges with the coast at Rocky Point within the Park. It is a vital spawning ground for the fisheries industry.
When challenged by environmentalists about his proposal to disrupt this eco-system, the PM’s retort was that his proposal was dependent on an Environmental Impact Assessment (EIA) and an Environmental Compliance Plan (ECP).

A CSA (Common Sense Assessment) would be easier to nullify these wild proposals that are inconsistent with the PM’s profiling at the environmental conference.

Another factor in this proposal by the PM of Belize, (just in case he didn’t give it a thought) is that his linking the Rivera Maya with Ambergris Caye would be a future gift to Drug Lords in a Narco State, with the improvement of the infrastructure thus facilitating the never-ending drug trade.

In Belize, the Briceno Administration has to go beyond talk of a “Blue Economy”, bite the bullet and begin to grapple with an overall policy on development and protecting the environment.

Another factor of concern is how conceding the total sovereign debt to powerful and influential environmental organizations such as the Nature Conservancy and the World Wildlife Fund will affect political decision making on development. This includes the forfeiture of Sovereignty in exchange for Environmental Colonialism and to the exclusion of well qualified local environmental NGOs. Both TNC and WWF have said that they want to work with local NGOs.

No government should be holding its breath on the promises made by the G20s.

The Climate Change Conference in Scotland has ended. A summary of the World headlines on its outcome reads like a whole lot of skeptism.