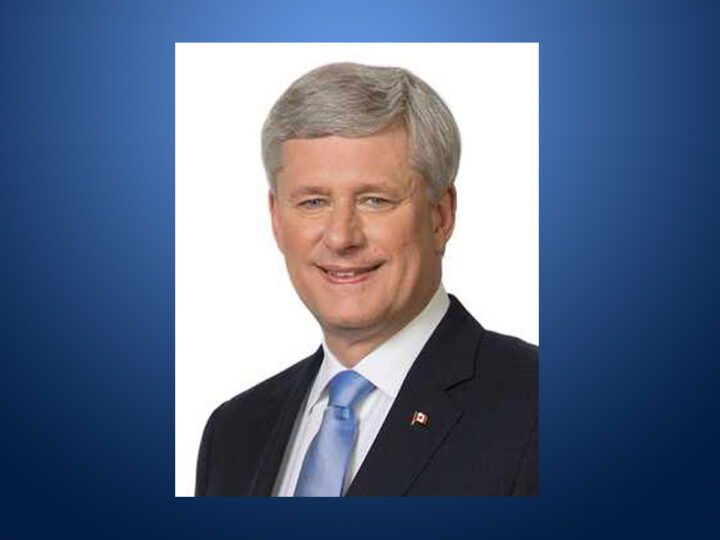 By Aaron Humes: As a former Prime Minister, Canada’s Stephen Harper is aware of the limitations and opportunities that come with government power.

Two examples he expanded on as Keynote Speaker at last week’s Investment Summit in Ambergris Caye was COVID restrictions and infrastructure.

On the former, Harper sounded an optimistic note when he described the current regulations as a “temporary phenomenon” and added, “Six months from now, I think we’ll be past it all.”

For that reason, perhaps, he opined that Belize has not been oppressive to him in terms of entry requirements relating to COVID testing, vaccination and mask wearing, saying he finds that since he started traveling again in mid-September for his consulting firm, “lots more countries that have much more difficult testing and vaccination requirement so I personally haven’t found it that difficult to come here.”

Harper also reiterated on the issue of infrastructure that government can do too much themselves and take on additional costs that may not be sustained by returns from investments.

“I recommended in many of these areas, the government in these areas in its investment must do human physical digital infrastructure that would try to involve the private sector to make sure that the investments are really gonna be cost effective.”

The current government inherited loans for several key infrastructure projects, like the Coastal Road, Caracol Road, George Price and Philip Goldson Highways and Haulover Bridge and others which it has been able to whittle down and repurpose for other priorities while still keeping the projects going.