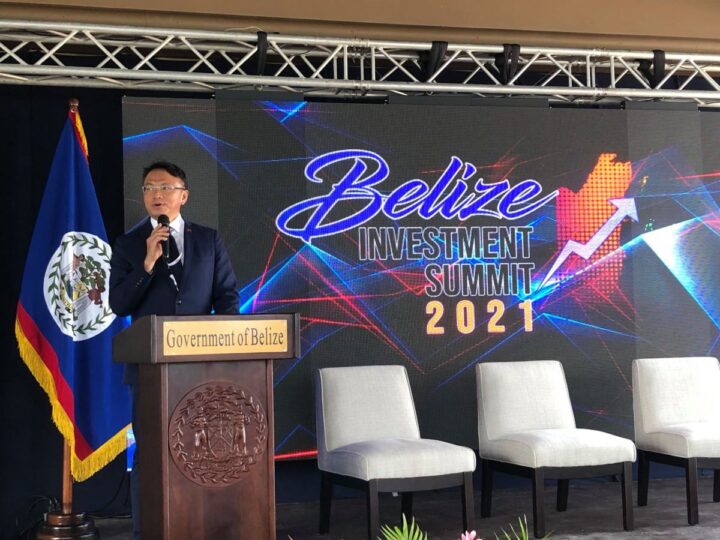 By Benjamin Flowers: The Embassy of the Republic of China (Taiwan) has applauded the Government of Belize and its various partners for putting together the Belize Investment Summit, which was held in San Pedro on November 10 and 11.

In a statement issued on its Facebook page, the Taiwanese embassy said that it was glad to partner with the summit and be a part of the “Start-up Pitch Competition”, which will give funding to the entrepreneur with the best business idea and pitch to turn their business idea into a reality. The Embassy noted that the funding is made possible through the “Enhancing the Economic Empowerment of Women in Latin America and the Caribbean in the COVID-19 Post Pandemic Era project,” sponsored by the Government of Taiwan.

The Summit also presented an opportunity for Ambassador H.E. David Kuan-Chou Chien to meet with Prime Minister John Вrісеñо, as well as former Prime Minister of Canada Stephen Harper, Vice President for Countries of the Inter-American Development Bank (IDB) Richard Martínez Alvarado, as well as other government officials and the entrepreneurs themselves.

“The Embassy not only admires the efforts made by the excellent team led by Prime Minister Briceño, but also looks forward to seeing a more prosperous economy in Belize in the near future. The Embassy of Taiwan will continue to work closely with the Government of Belize to enhance economic recovery and hence further improve the welfare of Belizean people,” the Embassy said.