Reese Fitzgibbon, 24, allegedly shot by police, could not make an official complaint because he was not vaccinated

Belize Hotel Association host webinar to teach members how to cash in on the MICE (Meeting, Incentive, Conventions, and Exhibitions) industry 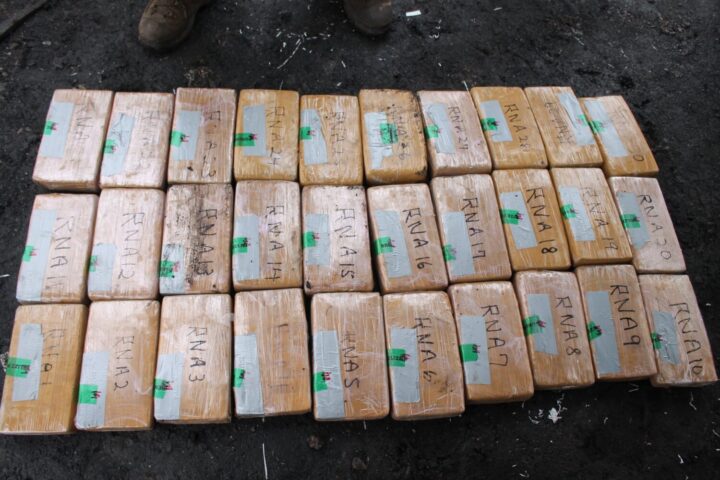 By BBN Staff: This week, the Belize Police Department reported to the media that it destroyed over 1,800 pounds of cocaine, which was assisted into the country by the now infamous group the Bladen 11, which includes four police officers.

The drugs came into Belize via aircraft on Thursday, November 4 and quick police response led to the seizure of the drugs and 11 people connected with the clandestine landing made in an area between miles 57-58 on the Southern Highway near Bladen Village.

There to witness the destruction were a magistrate, justice of the peace, forensic personnel, a Sr. Police Officer, and personnel from the media amongst other parties.

The involvement of four police officers, members of the Mennonite community, and others in the landing of a drug plane has sparked national outrage. Notably, Corporal of Police Delwin Casimiro, one of the officers arrested in connection with the incident, was formally assigned to the security detail of the Director of Public Prosecutions (DPP) Cheryl-Lynn Vidal, back in 2019. The DPP has since made a public statement distancing herself from several people involved with the incident and said that she will not be participating in the investigation into the drug plane landing.

One of those initially detained, the wife of Corporal Elmer Nah, was released the same night they were all detained. Evidence later surfaced that former head of Operations for the Police Department Marco Vidal, who was transferred due to his close involvement with officers connected with the incident, had gone to personally see the release of Nah’s wife.

On November 8, the officers, Sergeant George Ferguson, Corporal Elmer Nah, police constables Delwin Casimiro and Nelson Middleton, along with their co-accused were arraigned in the Belmopan Magistrate’s Court.

Breaking Belize News was not invited to witness the destruction of the drugs therefore we cannot independently confirm any of the reports from police.