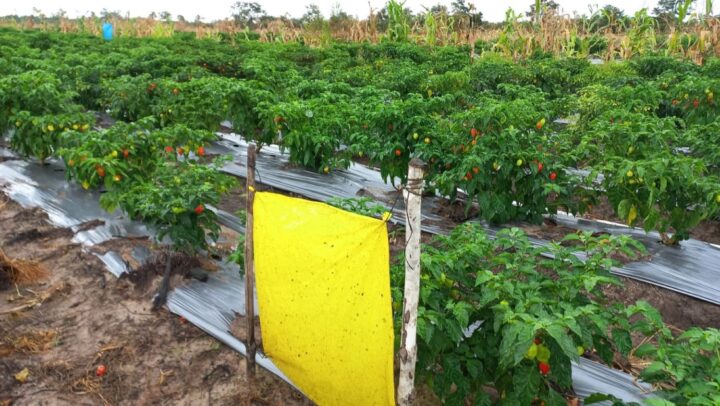 By Rubén Morales Iglesias: Farmers who trained at the AyinHa Farm in Lemonal on Wednesday held a demonstration session on how to farm hot pepper in Alta Vista, Stann Creek District.

“These activities are aligned to support the re-energizing of hot pepper producers in the District to drive towards that 1 million-pound demand for Marie Sharp,” said Gary Ramirez, National Program Coordinator for Horticulture in the Ministry of Agriculture, Food Security, and Enterprise.

“Demonstration and support for the establishment of hot pepper field in Stann Creek District using a number of Good Agriculture Practices such as irrigation, plastic mulch, corn barriers and seedlings from protective seedling nursery,” said a post by MAFSE on social media.

Twenty-five farmers and Agriculture Extension Officers from the Stann Creek District trained at the AyinHa Farm in Lemonal where they observed and collected data on hot pepper cultivation.

The demonstration conducted yesterday was at Alta Vista at a private farm being operated by a small group of farmers where they are working on establishing three acres of hot pepper. 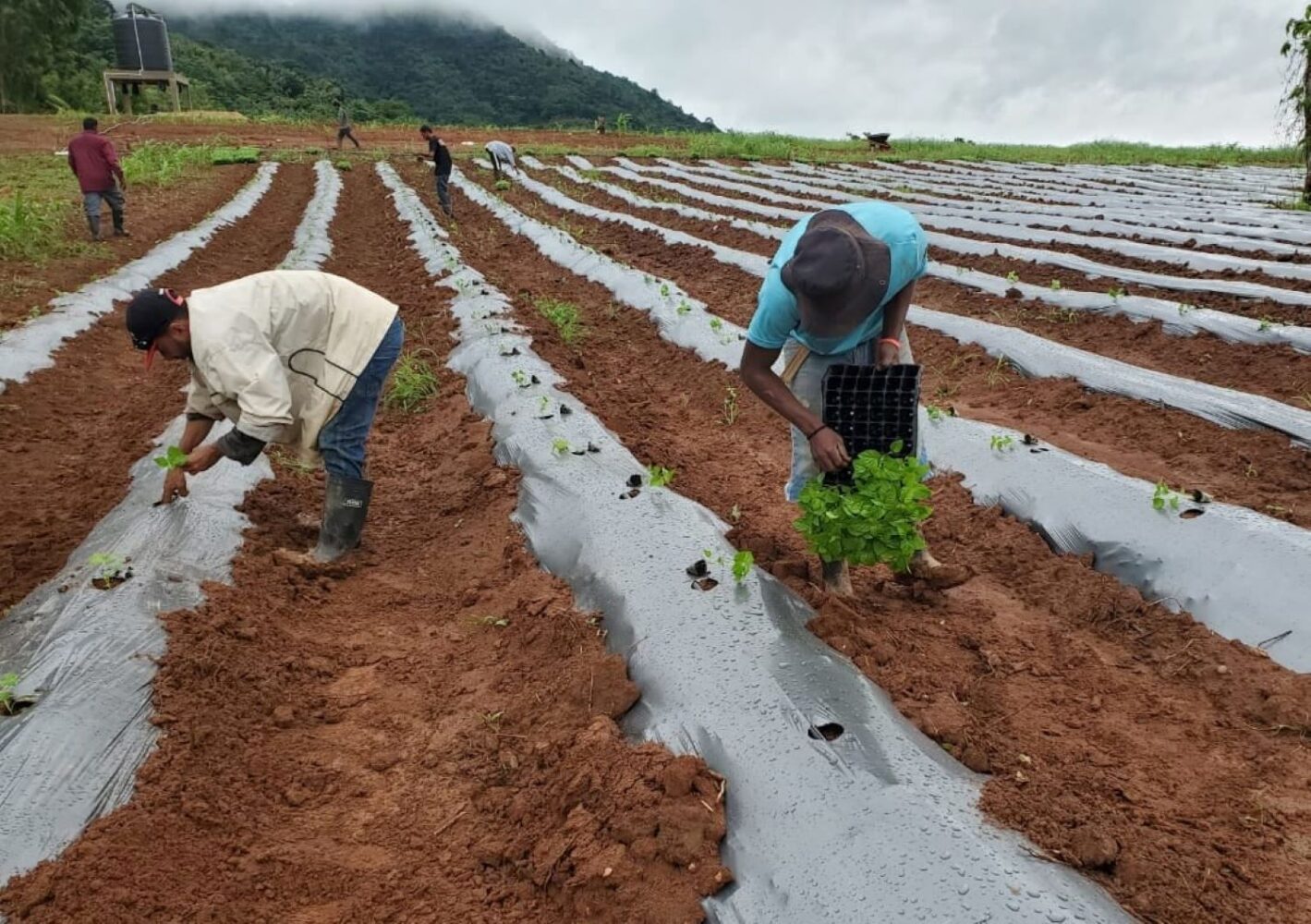 Ramirez said the promotion of hot pepper farming is part of the annual work program of activities of the Ministry’s Horticulture Program. He said the Alta Vista project is unique in visibility as it is right along the Hummingbird Highway.

“The demonstration and on the ground support was provided by the Horticulture program of the Ministry led by Mr. Harold Wesby who had been a technician in the Ministry for the past 25 years and holds a wealth of knowledge in hot pepper cultivation,” said Ramirez.

Habanero is the leading hot pepper grown in Belize, and includes varieties such as West Indies Red (WIR) or Caribbean Red, Moruga, Card Green, and Scotch Bonnet are also cultivated.

In a hot pepper report prepared by Ramirez for a potential buyer/exporter, he points out that the current annual production stands at 650,000 pounds. While it sounds sizeable, that represents a significant reduction over recent years.

Ramirez said the reduction in the annual production is due to the loss of private sector enterprises that engaged in buyer/exporter activities for fresh peppers from Belize to the United States.

“At the peak of production there were 3 major buyer exporters which provided critical value chain linkage which allowed producers to focus on production and their on-farm activities,” said the report.

Since the loss of the fresh fruit exports to the US, no other private sector investor has emerged said the report. But not everything is lost said Ramirez. “A very good processed market exists that has been steadily increasing in recent months in the form of Marie Sharp Fine Foods. They are now up to about 1 million pounds annual national demand.”

However, some kinks in the value chain need to be sorted out. “The factory is currently not getting the level of production it is demanding and the cause is a mixture of operational issues on the part of the buyer. For this reason, farmers are being overly cautious in their investments, land tenure issues, and the need to improve capacity and training and expose farmers to improved production technology,” said Ramirez.

Meanwhile, the Ministry of Agriculture continues working with the farmers to improve hot pepper production and maximize yield and income generation.

The objective is for the industry to rebound to be able to satisfy the local demand and have enough for export. Ramirez said the increasing interest expressed by the buyer/exporter gives hope for a better future in hot pepper cultivation and production.