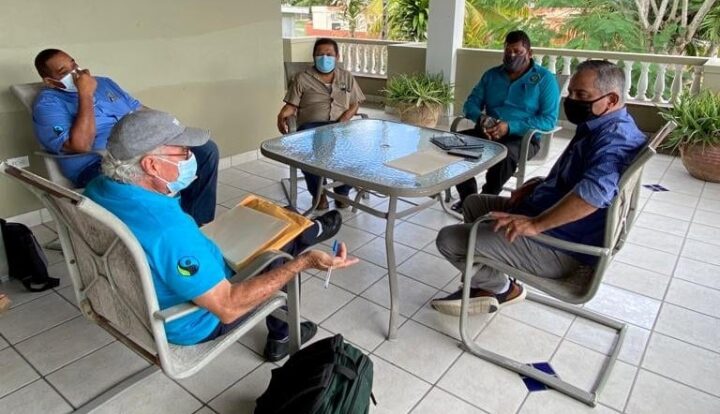 A summary of the ongoing points of discussion was presented by the Leaders of the Association, which had been trying to get an audience with the P.M. since September.

According to the Association, it has been indirectly pressured by BSI/ASR to stick with the current agreement, with farmers being allegedly threatened that they cannot deliver their cane to the factory without the agreement being signed (it formally expires in January). This in turn has caused financial institutions in the North to be skittish about extending or offering loans to farmers to prepare and begin the sugar cane harvest.

There was an initial meeting between the BSCFA and BSI/ASR on October 27. According to the BSCFA, its proposed five changes in the current commercial agreement include: 1) a change in the calculation of the price of cane per ton to a sixty/forty split of the gross proceeds from sales, as opposed to the 65/35 split currently from the distribution of the Net Stripped Value (NSV); 2) payments in two instalments of 80 and 20 percent on the first Friday after the close of the season, then five weeks after the season closes; 3) five dollars per ton for bagasse, the waste after processing the cane; 4) a commitment to grind 7 thousand tons of cane per day by BSI; and 5) the commercial agreement to last three years rather than the current seven.

BSI has countered with the following: keeping the commercial agreement active for seven years; adding a clause agreed to by the BSCFA on compliance with Fairtrade standards on the payment of the Fairtrade premium; adding a terminal handling charge to the expense of ocean freight in the cane price calculation to account for direct consumption sugar loading; a throughput fee for exporting raw sugar and molasses through Big Creek Port in addition to the current stevedoring costs at the Port of Belize; and documenting the new logistical arrangement for export of molasses through Big Creek.

PM Briceño and Minister Mai will meet with cane farmers again next week Thursday, November 25 at the Agriculture Station in Yo Creek at 9 am.

Meanwhile, BSI has scheduled a virtual session with the press on Wednesday, November 24, to discuss their side of the issue.