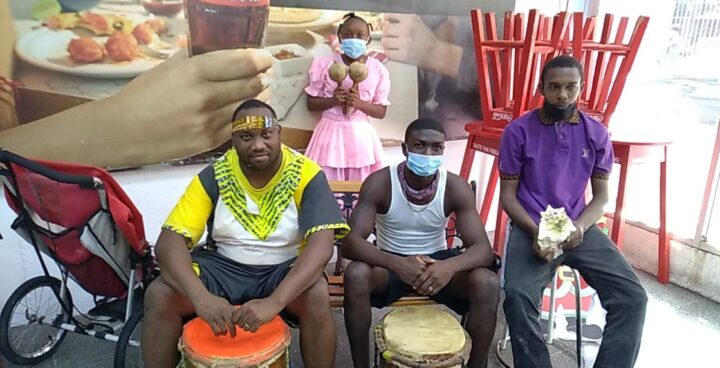 By Aaron Humes: While not entirely robbed of its joyful spirit, Garifuna Settlement Day celebrations are still not as full-throated as in previous years.

The National Garifuna Council (NGC) told us earlier this week that to avoid exposure to COVID-19, celebrations would be limited to Dangriga, where the Yurumein reenactment and Mass at Sacred Heart Roman Catholic Church were held.

An official ceremony to be streamed live takes place thereafter at the Alejo Beni Park near the seaside.

Garifuna Settlement Day marks the first arrival of Garinagu to Belize from Honduras in 1802 (a large group came later in 1823). The Garinagu were driven out of their native Saint Vincent after losing a battle to the British. They were first exiled to the small island of Baliceaux and then to Roatan, Honduras, from which they spread along the Caribbean coast of Central America.

Today they are a recognized and cherished part of Belizean culture and have mostly integrated into Belizean society.

BBN wishes all Garinagu and all Belizeans a happy and safe Garifuna Settlement Day.]