“My phone is blowing up” says Destiny Wagner, Miss Earth 2021, as congratulations pour in 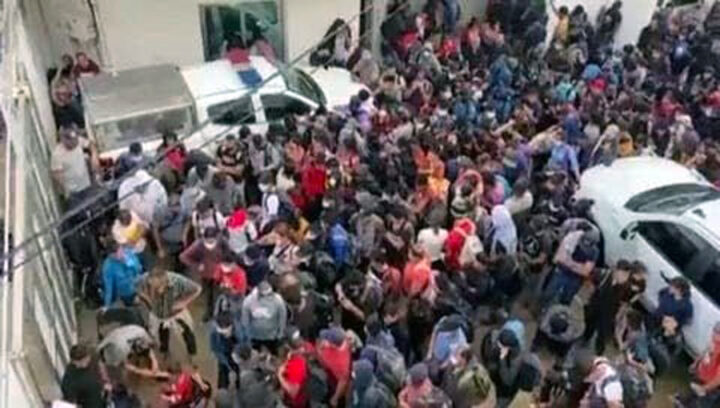 By Aaron Humes: The Associated Press says more than 400 migrants transiting Mexico were found in the back of two semi-trailers on Friday, not far from where two separate migrant caravans were located heading north toward the United States.

The group, according to the Veracruz state’s Human Rights Commission’s representative Tonatiuh Hernández Sarmiento, were very dirty, covered in mud, in overcrowded, hot and wet conditions, and included children, pregnant women and ill people. The migrants were held by authorities in a fenced yard until federal immigration agents could retrieve them.

In recent meetings the leaders of Mexico, the United States and Canada discussed immigration, agreeing to increase the paths for legal migration, for example with more visas for temporary workers. They also pledged to expand access to protective status for migrants and to address the causes that lead them to migrate, but did not offer hard numbers or timelines for implementation.

But the clandestine flow of migrants who pay smugglers for direct trips to the U.S. border continues, and those active on the issue say the agreement provides few advances and depends on conditions on the ground, where authorities continue to violate the rights of migrants, deny them access to protection, and allow crimes and human rights abuses to occur with impunity.

The migrant caravan currently in Veracruz is the first to advance so far in the past two years, because since 2019, security forces have stopped and dissolved the caravans. This time, the Mexican government used the offer of humanitarian visas to diminish the caravan’s numbers as it slowly moved north, but some have remained suspicious and continued walking. Some migrants who received the documents have reported being swept up by authorities in the north and returned to Tapachula near the Guatemala border.

At least one migrant told the Associated Press he was prepared to find work in Mexico and enter the U.S. legally when he could – but that he could not risk going back to his home country, in this case Haiti.