“Seven-year-old boy traveling with murder suspect may be in danger,” Police say

Man dies after being knocked down by school bus 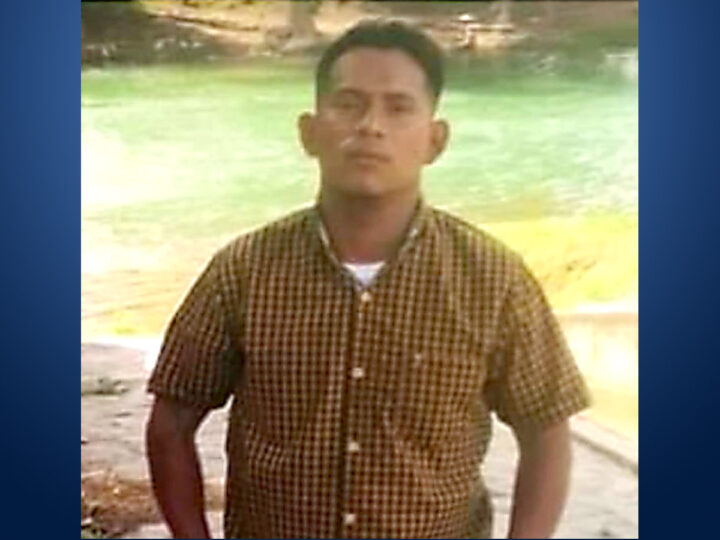 By BBN Staff: Police have found the knife believed to be the weapon used to kill 33-year-old Jennifer Archilla and her 12-year-old daughter Natzia Catzim last night in San Ignacio.

Communications Director, Belize Police Department, Fitzroy Yearwood, said that the knife was found outside some bushes near the home where the double homicide was committed.

He explained that when police initially learned of the incident, Archilla was found with her throat slashed and several other stab wounds to the body; while Catzim also had her throat slashed, but was still alive when officers arrived. She was taken to the San Ignacio Community Hospital for treatment but died of her injury soon after.

Police have conducted several interviews as part of the investigation and are currently looking for Brian Jerry Castillo, Archilla’s common-law husband who is the prime suspect in the incident. Initial investigation revealed that the couple was in an argument moments before Archilla and her daughter were killed. Yearwood said that police are also looking into whether or not the couple has any prior history of violent conflict and if any such issue had previously been reported to the police.

“This one particular event that cost both these females their lives is a harsh, traumatic, drastic act of domestic violence,” Yearwood said. “It’s not normal for domestic violence to climax…to reach these levels on the first occasion. We are doing a background check, we are doing all that we can to find out what could have led this man to this type of rage against the woman that he was living with and her daughter.”

Castillo is currently on the run with his seven-year-old son, Brian Castillo Jr. The public is asked to report his whereabouts if seen.