Tourism on the move – Officials discuss flights from Mexico to Belize 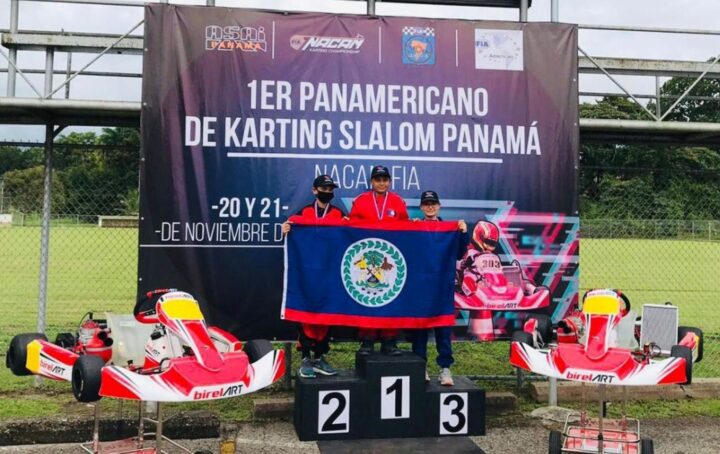 Thirteen-year-old Michael Montoya time of 31.191 seconds in covering the competition course lined up with cones helped to earn Team Belize third place in the competition said Victor Murga, president of the Belize Automobile Cub that is a founding member of the regional championship. At the victory podium Montoya and teammate Keaton Dietrich, 14, got the bronze medals for Team Belize.

Several drivers raced for each country and as a team competition the best time each country recorded was considered and Belize got the bronze medal.

Panama won gold with a time of 38.509 seconds and Mexico collected silver in 42.213 seconds. Chile and Honduras also competed.

Paige Dietrich, 15, won the Girls’ Competition. Belize was the only country to send a female athlete and she ended with two medals, the gold for winning her category and a special recognition medal from the president of the Panama Racing Federation for being the only girl that was brave enough to compete. Murga said that Dietrich had a better time than some of the boys in the competition. 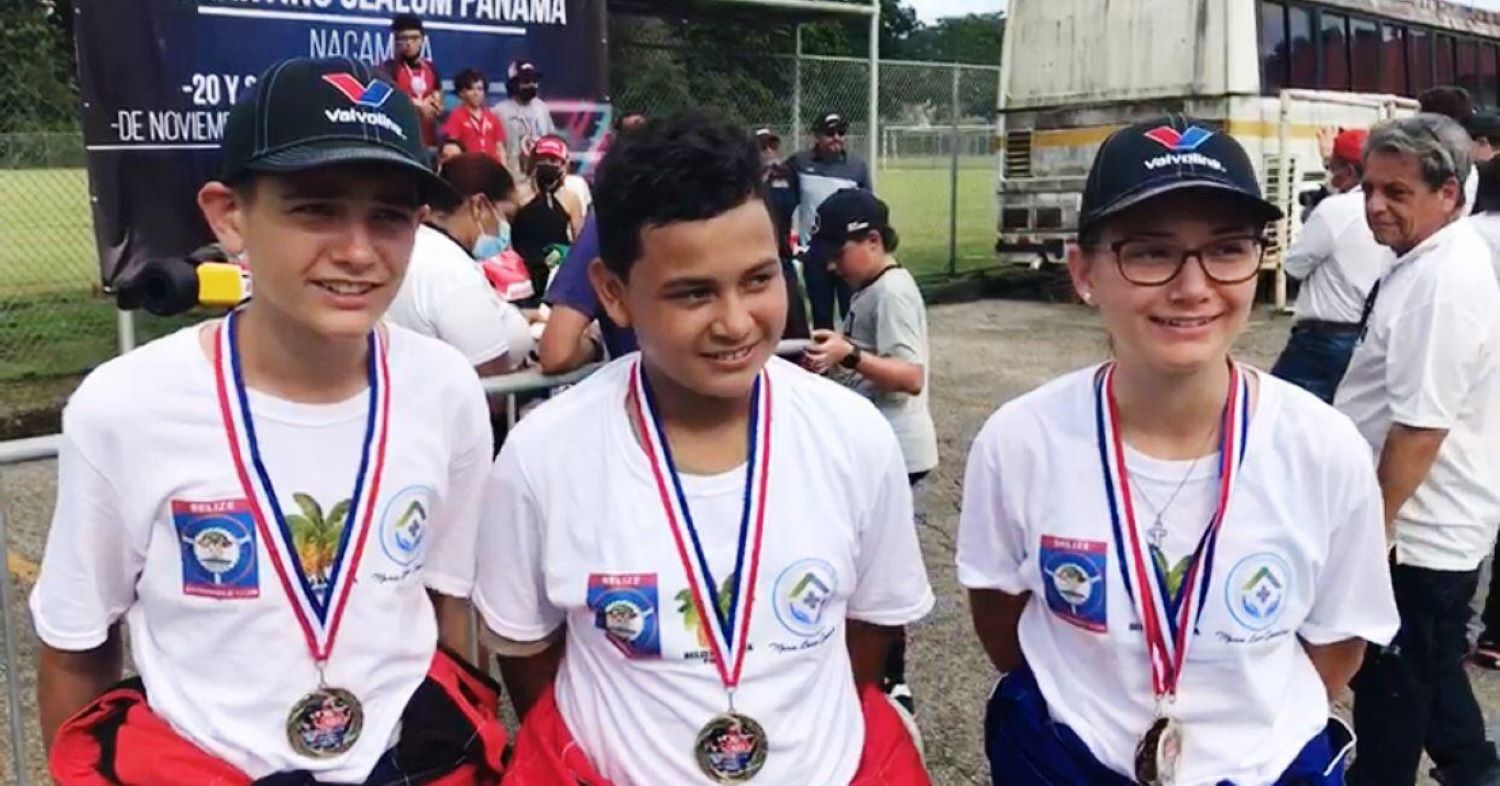 “Bear in mind that Belize was racing against boy of a similar age who are driving real cars,” said Murga. “They been racing for years now. For Belize it’s like a win to go there with guys who just have three months experience and be able to come in third for the country.”

“Belize was the only country wishing to take a female athlete, that’s why we got first place,” Murga said. “Belize is the regional champion in female and third place in the male.” The team is coached by Kaio Arruda.

“Three high school students traveled to Panama to compete in a go-karting competition,” said Deiny Montoya. “Even though go-karting is not a popular sport in Belize, I am super proud of the final outcome these guys had in the final race. It is very exciting to see how Belize is exploring more sporting opportunities around the world.”

“Caribbean Tires was the sponsor of the tickets for Panama for the kids to compete in the Pan American Games,” Murga said.

The three competitors, their parents, and coach Arruda will be returning to Belize on Friday, November 26, 2021.