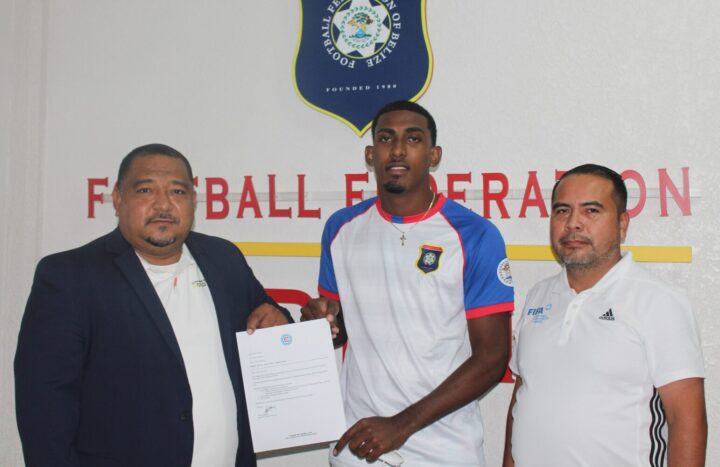 The 17-year-old central defender was scouted by the Chicago Fire when he represented Belize at the Concacaf U-20 Qualifiers in the Dominican Republic recently. Casanova, originally from Corozal, was the sub captain of the U-20 BMNT at the tournament.

The Fire reportedly expressed interest in central midfielder Eldon Reneau but there has been no follow-up.

“The FFB joins Jordan in celebrating this major achievement,” said a statement by the FFB.

“President Sergio Chuc and Vice President Cruz Gamez met with Jordan today to express their support, commitment, and a brief discussion on how the FFB will assist him in preparing for his upcoming journey,” the statement added.

The trial will run from January 10-23, 2022. Casanova is expected to leave for Chicago on January 7.