One reported dead, another shot in Sumathi incident on Baymen Avenue 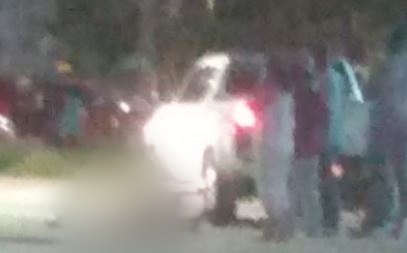 By BBN Staff: One person has reportedly died following a shooting incident a while ago in front of Sumathi restaurant on Baymen Avenue in Belize City.

Initial reports from the scene indicate that multiple people were shot with one dying on the spot, reportedly a businessman identified as Anil Asnani, a well-known businessman in the downtown area. A woman, reportedly the wife of the victim, was also reportedly shot.

Early reports suggest the shooting may have been the result of a robbery attempt.

Police are still on the scene and details of this incident are still forthcoming.