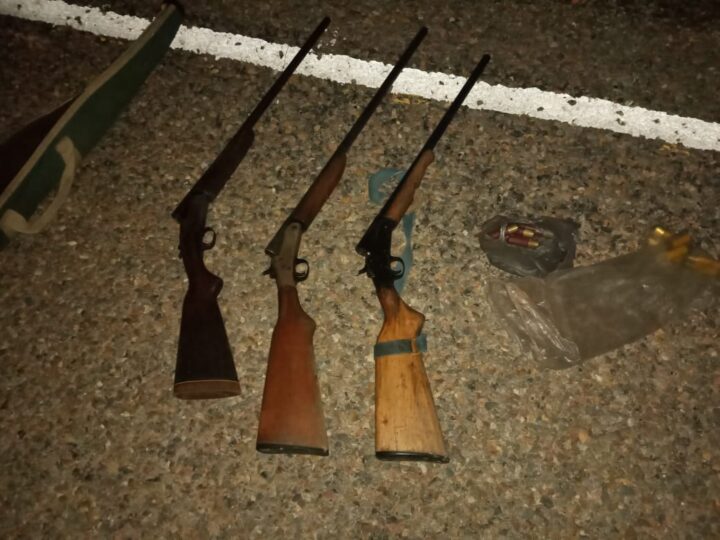 By BBN Staff: This morning police apprehended five men in the Mountain Pine Ridge (MPR) area of the Cayo district following the discovery of a burned drug plane. The men, who were found in the MPR Reserve with a cache of firearms, reportedly told police they were out hunting.

The men were found with a knife, several shotguns and shotgun cartridges, a handgun, and an assault rifle with two magazines. The men also had camping gear in their possession.

Police have detained the men pending charges as part of an ongoing investigation. Officers have been out since last night in an effort to possibly apprehend those with the cargo extracted from the burned aircraft, as the mountain terrain leaves only a few possible escape routes. 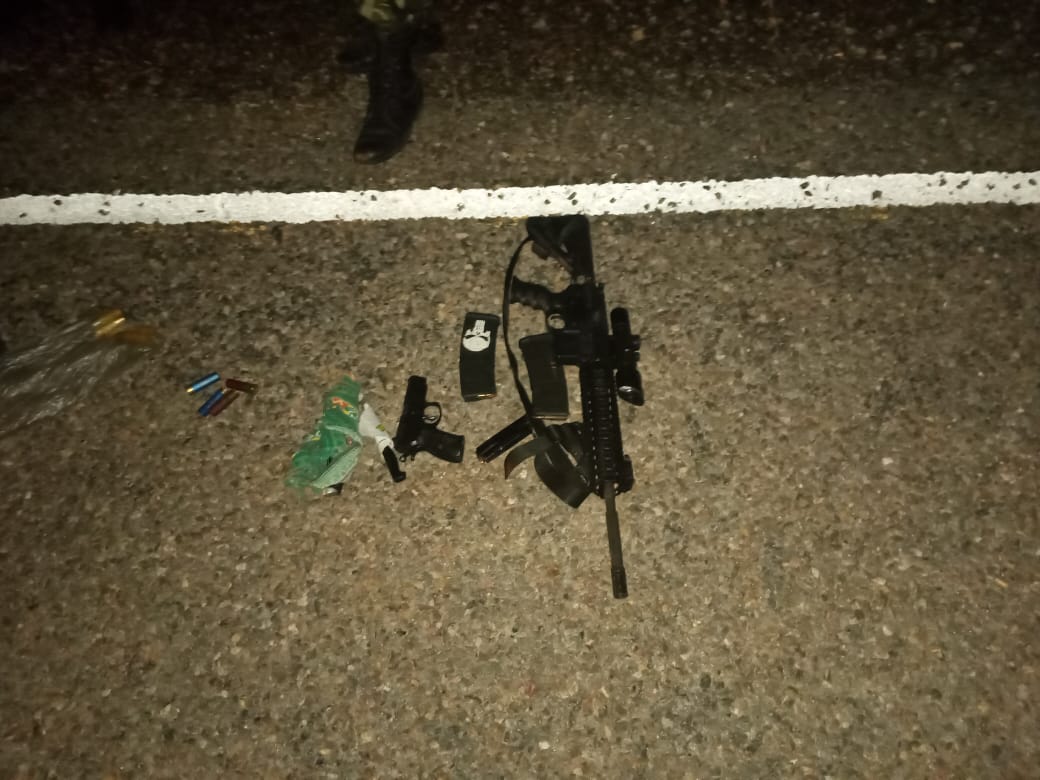