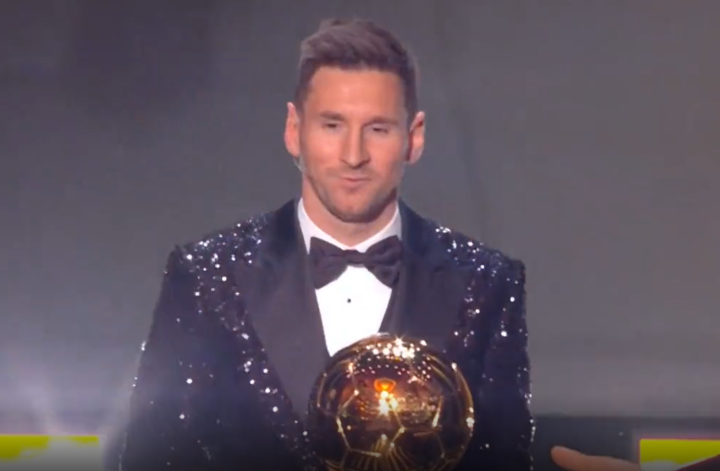 Messi topped the votes with 613 winning by 33 over Bayern Munich’s and Poland’s Robert Lewandowski who totaled 580. Chelsea’s and Italy’s Jorginho were third with 460. Cristiano Ronaldo, who didn’t attend the gala at Paris’ Theatre du Chatelet, was sixth, behind Karim Benzema (4th) and N’golo Kante (5th).

“It’s incredible to be here again. Two years ago, I thought it was the last time and I didn’t know what else could happen. Winning the Copa America was key,” Messi said.

Messi received the award from the hands of his friend and ex-Barcelona teammate Luis Suárez.

“I’m really proud to win the France Football Ballon d’Or once again,” Messi added. “It’s incredible to win it for the seventh time. I would like to thank my family, my friends, and all the people who follow me and always support me because without them I couldn’t have done it.”

Spain and Barcelona midfielder Alexia Putellas won the women’s best player award over her teammate both with Barcelona and Spain, Jennifer Hermoso, and Australia and Chelsea forward Sam Kerr.