Xiomara Castro declares herself the winner in Honduran presidential elections 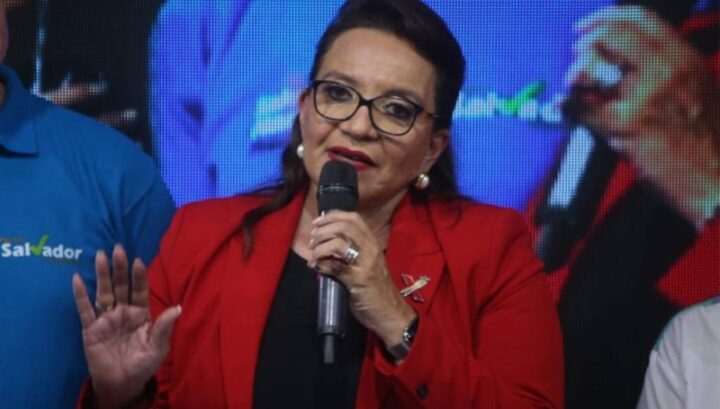 By Rubén Morales Iglesias: Xiomara Castro of the Freedom and Refounding (Libre) Party declared herself the winner on Sunday evening after the National Elections Council (CNE) announced the first results.

La Prensa newspaper said that if the tendency continues, Castro, at age 62, will be the first woman to become president of Honduras.

Though Castro is leading with 54 percent of the votes over her closest competitor Nasry Asfura who has 34 percent on Monday morning, the CNE has not made an official declaration yet. Castro has 961,694 votes to Asfura’s 607,492; according to the CNE.

“We won, we won,” Castro said as she addressed her followers in Tegucigalpa according to La Prensa newspaper.

Castro who is the wife of deposed ex-president Manuel Zelaya (2006-2009) said that the 12 years of resistance were not in vain. She thanked the parties that had joined with her to form a strong coalition.

“We are going to form a reconciliation government in our country, a government of peace and justice,” Castro said. “We’re going to initiate a process with all Honduras to guarantee a participative democracy, a direct democracy, because we’ll be consulting with the people. That’s going to be our way of governing.”

In her speech, Castro reached out to her opponents.

“Today I extend my hand to my opponents because I don’t have enemies. I’ll call for a dialogue as early as tomorrow (Monday) with all Honduran sectors so we can find common ground.”

She also made promises that will be easier to say than to keep.

“Today, I want to tell you from the bottom of my heart that we’re going to do away with the war, the hate, the death squads, corruption and organized crime, out with the zedes (employment and economici development zones); no more poverty and no more misery in Honduras,” said Castro.