Barbados is the newest republic in the world, names Rihanna national hero 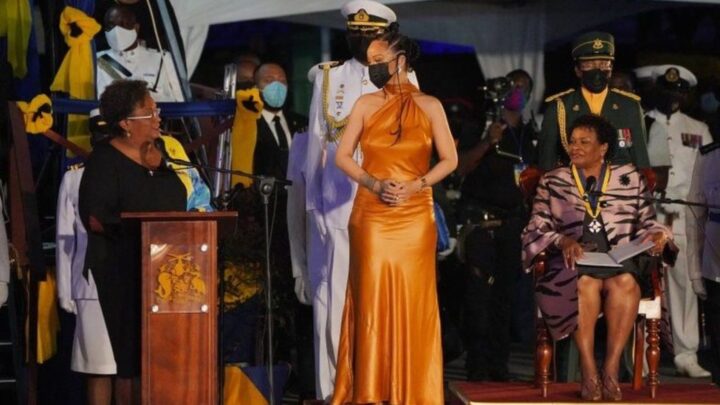 By Rubén Morales Iglesias: Barbados became the world’s newest republic at the stroke of midnight as it started its celebrations of the 55th anniversary of independence from the United Kingdom.

Seventy-two-year-old Dame Sandra Mason, who had been the representative of Queen Elizabeth II as Governor-General, became the new president and head of state.

“Vessel Republic Barbados has set sail on her maiden voyage. May she weather all storms and land our country and citizens safely on the horizons and shores which are ahead of us,” said the new president after the swearing-in.

Mia Mottley, the prime minister who convinced the Barbados Parliament to sever ties with the Crown, also swore allegiance to the new Republic of Barbados in front of the new president at the ceremony in Bridgetown.

“I remain deeply committed to this very special country and to your future prosperity and wellbeing. I should always consider myself a friend of Barbados,” said Prince Charles even as he recognized “the appalling atrocities of slavery which forever stains our history”.

Though it has become a republic, Barbados will remain a member of the Commonwealth of Nations.

“May you continue to shine like a diamond and bring honour to your nation,” Mottley said of Rihanna who was named ambassador of Barbados in 2018.

Prince Charles was also recognized by the new president who awarded him the Order of Freedom of Barbados.