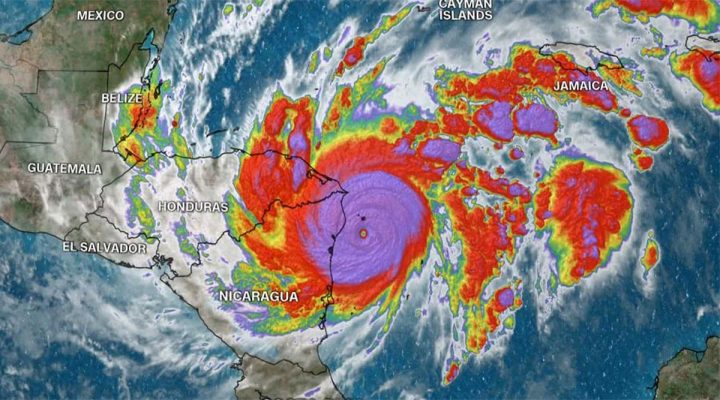 By Aaron Humes: Belize has gotten through another active hurricane season largely none the worse for wear, according to the National Meteorological Service and National Emergency Management Organization (NEMO).

The pre-season forecast of 13 to 20 named storms, six to ten hurricanes, and three to five major hurricanes (Category 3 and above on the Saffir-Simpson scale) were largely met, if not exceeded. There were 21 named storms, seven hurricanes, and four major hurricanes. A hot start with more named storms than usual developed during the first four months of the season was tempered by a quiet finish, with only one system forming in October and none forming in November. Still, 2021 is the third season on record and second consecutively to exhaust all pre-approved names from the annual list by the World Meteorological Organization (WMO).

The Met and NEMO say there was no El Niño Southern Oscillation, which suppresses tropical cyclone activity; and warmer than average sea surface temperatures during the peak of the season in the tropical Atlantic Ocean and the Caribbean Sea favored tropical cyclone development.

Belize was not even hit with a glancing blow from any system, the closest being Hurricane Grace which made landfall near Tulum, Mexico, as a category one hurricane.

But the Met and NEMO will not rest on their laurels and encourage the rest of us not to do so either. Take some time to review hurricane plans in order to be best prepared for the forthcoming season. Public bodies are advised to start planning their key emergency preparedness activities for 2022, beginning the first week in January. Target issues such as drainage, roof repair, building construction, considering flood, hurricane, and earthquake, overgrown trees near power lines, sources of emergency water, emergency means of communication, microinsurance to transfer risks, crop diversification, drought, extreme weather events, emergency kit, monthly stockpiling of small amounts of food with long shelf life, and an updated emergency plan.

The critical radar system used for tracking weather conditions including storms is now up and working and functioned well during the season.

The Met has assured that it will continue to do its utmost best to disseminate reliable information in a timely and user-friendly manner to the public in the case of any weather-related emergency.