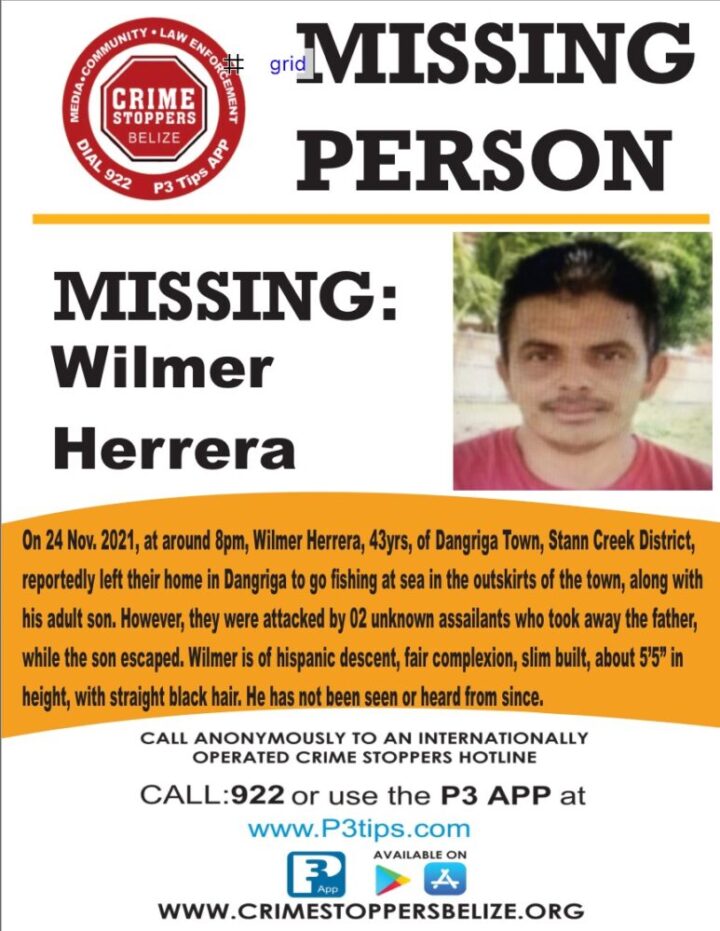 By Aaron Humes: Nearly a week ago, 43-year-old Wilmer Enrique Limas Herrera and son Anuar, 24, went out to sea to fish. Only one came back.

According to Anuar, they came under fire from unknown sources some hours later. Anuar Limas was reportedly shot but managed to escape – apparently leaving his father behind. He went all the way back to Dangriga but didn’t make a report to the police until the next day.

Combined with the news of the drug plane landing at Kanantik Airstrip around that time, police have been quizzed as to whether he may be trying to cover something up.

Chester Williams, Commissioner of Police, played it safe, stating they will treat the report as credible unless and until they find evidence that it is not: “I have several questions about that report. I’m not going to voice them here but at this time we’re treating his report as being credible while we’re still looking at the possibility of it not being credible. We do understand the fact that there was a plane landing and we do believe that the cargo was moved by sea, he has a boat, and you do the maths from there.”