Government announces departure of another CEO

Ministry of Health says its vaccination app is now ready

Police commanders hold conference in Belmopan; Commissioner of Police says he has not been relieved of post 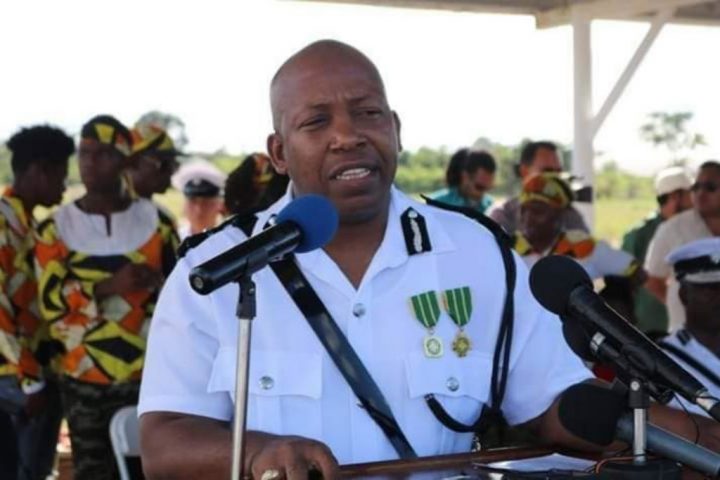 By Aaron Humes: Commissioner of Police Chester Williams on Monday met with regional, divisional, and precinct commanders in Belmopan at the Police Training Academy to discuss ongoing crime and security issues.

But first, he had to bat away reports that he may be relieved of his post after three years: “I don’t respond to naysayers; I don’t respond to people who create their own storm for their own aggrandizement. When I hear from my Minister or the Prime Minister that I am being replaced, then I am going to answer; at this time, no.”

As we have reported, high on the agenda is reducing the numbers of fatal road traffic mishaps by coordinating efforts between formations and divisions from north to south.

And while gang-related murders appear to be in one of the lull periods, there is still a lot of murder going on – and for the most part, says the Commissioner, it’s personal.

“The one in Cayo that stemmed from a domestic dispute; the one with Mister Asnaney, the one with Mister Cano – they’re not gang-related and so those types of murders are extremely hard to stop or predict. Nonetheless, we do believe as a Department we need to see what we can do to re-strategize and put some efforts in our respective communities to improve public relations.”

Improving such relations, says the Commissioner, often opens avenues to critical information that may prevent crime.

Also on the agenda is a warning to commanders to monitor those working with the drug cartels and facilitating plane landings, as intelligence exists to substantiate those claims and it can lead to further embarrassment.

“Internally, we will be doing a sensitization campaign to our officers, to explain to them the threat, the danger associated with being involved with these cartels and we are hoping that will deter some of them. At the end of the day there is only so much we can do, but we are hoping that those who are involved will take heed and are going to stop.”

In other internal police news, a Deputy Commissioner of Police is still in the process of selection, with the Commissioner saying only that an answer will be in the works at the start of the New Year.