Belize Weather: Fine day ahead but showers pick up in coming days 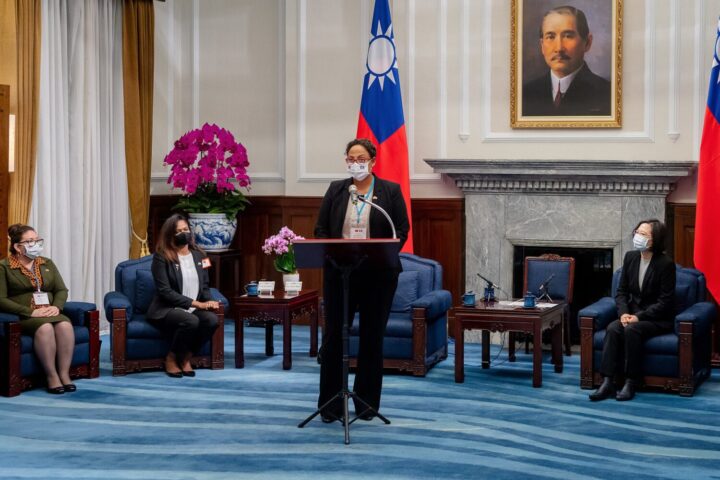 By Rubén Morales Iglesias: “Belize remains steadfast in its support of Taiwan and we stand in solidarity with you,” said Valerie Woods, Speaker of the Belize House of Representatives at a meeting with President Tsai Ing-wen in Taipei.

Speaker Woods traveled to Taiwan on November 28 for the “2021 Open Parliament Forum” to be held in Taipei on December 2-3.

On December 1, Woods was welcomed by President Tsai Ing-wen and by Vice Minister of Foreign Affairs Alexander Tah-ray Wui, according to Taiwan Today.

Belize is one of 15 countries that maintain formal diplomatic relations with Taiwan, which is claimed by China to whom it has been losing allies, with new Honduran president Xiomara Castro saying that she would drop Taiwan in favour of China.

“We also know the challenges that come with defending sovereignty and the right to independence as we too have fought a large neighbour,” she said in obvious reference to the Guatemalan claim that still looms over Belize.

“I look forward to closer cooperation on enhancing democratic transparency & resilience,” said President Tsai as she also welcomed representatives from the United States and Mexico expressing hopes for stronger ties between Taiwan and the three countries.

Woods traveled to Taiwan along with Clarita Pech, Deputy Clerk of the National Assembly, to participate in the “2021 Open Parliament Forum” which she will address.

According to Taiwan Today, the Taiwan Ministry of Foreign Affairs (MOFA) said Woods is a staunch supporter of Taiwan’s international participation citing her joint letter with Belize Senate Speaker Carolyn Trench-Sandiford in May to the World Health Organization urging that Taiwan is given observer status in the World Health Assembly. MOFA also referred to Woods’ support of Taiwan in the October virtual meeting of the Formosa Club chapters in the Caribbean and Latin America.