Tiger not out of the Woods yet, says he’s retiring from full-time golf 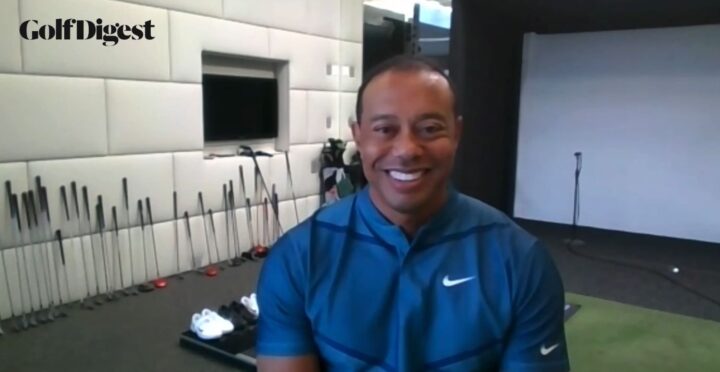 By Rubén Morales Iglesias: “I think something that is realistic is playing the tour one day, never full time, ever again, but pick and choose,” said Tiger Woods, 15-time major champion, the most recognizable golfer in the world in an exclusive interview with Golf Digest.

The man who is tied with Sam Snead with 82 PGA Tour wins, second in men’s major golf championships (15 to Jack Nicklaus’ 18), and PGA Player of the Year a record 11 times, is already an inductee of the World Golf Hall of Fame.

However, after suffering a car accident in February, Woods suffered multiple leg injuries and Woods has come to the realization that he can no longer put his body through the demanding day-to-day of a professional golfer on tour. The rehabilitation process, he said, has taken him too long even though he realizes it has just been nine months and that he is fortunate to have his two legs.

He said his goal was to walk again.

Woods will be in the Bahamas this week making his first public appearance at the Hero World Challenge, a 20-man tournament for his foundation. But, for now, there’s no playing.

Tiger is still not out of the woods.

The rehabilitation process is still ongoing, he said he’s going to dedicate more time to his 12-year-old son and to hear the birds chirp.

After suffering fractures to both the tibia and fibula in his right leg in the accident in Los Angeles on February 23, Woods faced the possibility of amputation. Fortunately for him, he didn’t lose the leg and still hopes to play.

“I don’t have to compete and play against the best players in the world to have a great life. After my back fusion, I had to climb Mt. Everest one more time. I had to do it, and I did. This time around, I don’t think I’ll have the body to climb Mt. Everest, and that’s OK. I can still participate in the game of golf. I can still, if my leg gets OK, I can still click off a tournament here or there. But as far as climbing the mountain again and getting all the way to the top, I don’t think that’s a realistic expectation of me,” he said.

After five operations, he must concentrate on getting better.

“I’m not even at the halfway point,” he said. “I have so much more muscle development and nerve development that I have to do in my leg. At the same time, as you know, I’ve had five back operations. So, I’m having to deal with that. So as the leg gets stronger, sometimes the back may act up. … It’s a tough road. But I’m just happy to be able to go out there and watch Charlie play or go in the backyard and have an hour or two by myself with no one talking, no music, no nothing. I just hear the birds chirping. That part I’ve sorely missed.”

But, while he’s decided not to go back full-time to the love of his life, he awaits the moment he can get back on the green with his club.

“There’s a lot to look forward to, a lot of hard work to be done—being patient and progressing at a pace that is aggressive but not over the top,” he said.

“Obviously, when I get in the gym and I get flowing and the endorphins get going, I want to go, go, go. That’s how I’ve been able to win so many tournaments. But then again, everyone reminds me at what cost? Look at you now. Pre-accident I was what? Ten surgeries. That’s just the wear and tear of doing my sport, of just trying to push it to win everything I possibly can. To win every single tournament I played in, I would do everything I possibly could. Like any sport, there’s a cost to it. There’s a cost of doing business and unfortunately, for sportsmen and sportswomen, injuries are a part of it.”