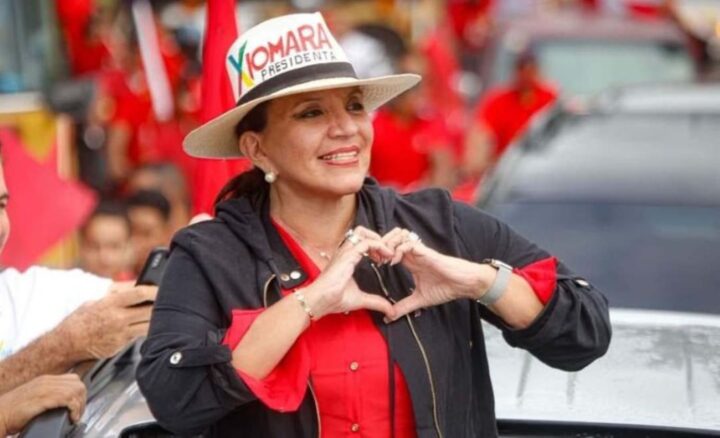 By Rubén Morales Iglesias: “People, I am not going to fail you!” tweeted Xiomara Castro de Zelaya who will become the first woman president of Honduras once the National Elections Council (CNE) declares her the winner. And that’s a given since the governing party, the National Party, has accepted defeat.

Tegucigalpa Mayor Nasry Asfura visited Castro on Tuesday and conceded she had won the elections. With just over 50% of the votes counted and Castro leading by approximately 20%, the National Party came to the realization that there’s no way the numbers will turn to their side.

“I want to say it publicly. I congratulated her for her triumph and as president elect. I wish God illuminates and guides her so that during her administration she does the best for the benefit of all of us Hondurans, to achieve the development and the desires of the democracy. I want to tell you that I asked Xiomara to respect the results of all our candidates to the House of Representatives and mayorships countrywide,” said Asfura.

“We extend our hand openly to the incoming Government to work towards the construction of a better Honduras,” said Asfura’s National Party in conceding that the Freedom and Re-foundation Party (Libre) of Xiomara Castro had won the general elections held in Honduras on Sunday.

Castro will replace Juan Orlando Hernández whose second term in office comes to an end on January 27, 2022.

These elections were the third in which Castro contended for the presidency after her husband Manuel Zelaya was deposed in 2009.

“The United States congratulates the people of Honduras on their election and Xiomara Castro on her historic victory as Honduras’ first female president,” said Secretary of State Antony Blinken in a statement. “We look forward to working with the next government of Honduras.”

Embattled by corruption, poverty and violence, Honduras have fled in great numbers to the United States with several migration caravans starting on their soil.

Castro said back in June that one of the first things she would do should she win the elections is talk to the United States to try to solve the migration issue said Associated Press.

“In the first 100 days, we will execute and propose to the administration of President Joe Biden and Kamala Harris a plan to combat and address the true causes of migration,” Castro said.

“I believe the Biden administration has an enormous opportunity to address the issue of migration. First, recognizing that they have part of the responsibility for what happens in our country,” she said.