Panel discussion being hosted on engaging men and boys 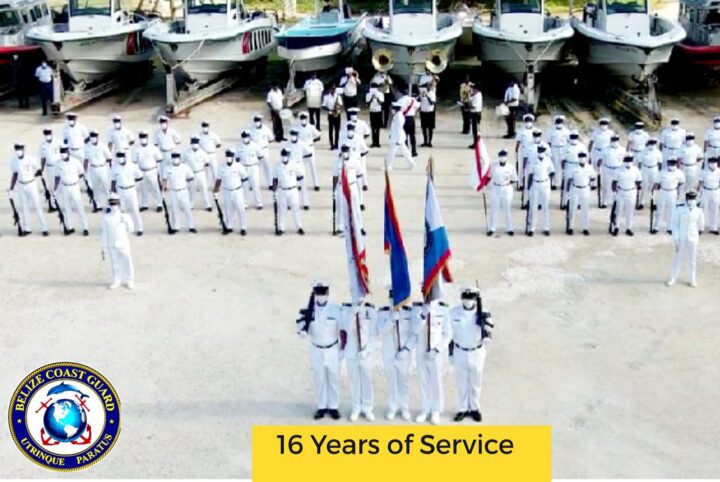 By Aaron Humes: Belize’s youngest uniformed service marked 16 years of service on Monday with a renewal of its commitment to defending national security.

The Coast Guard promoted 105 enlisted men and officers, including Commandant Elton Bennett, promoted from Captain to Rear Admiral – the third Belizean to hold the distinction after former Commandants and cousins Cedric Borland and John Borland.

Rear Admiral Bennett told reporters, “Over the past 12 months we have been seriously impacted by COVID; and that means financial impact as well, so over the past year and a half our funds have been reduced so we could not continue on the same pace that we were, but we are seeing the light at the end of the tunnel already.”

He mentioned that forthcoming projects including a Coast Guard base near the port of Big Creek and acquisition of two more patrol boats – the latter an “urgent” need as Belize prepares to ramp up maritime security with added commitments to conservation as a result of the “Blue Bond” arrangement. The latter is being discussed for funding by the Central American Bank for Economic Integration (CABEI).

Noting the Coast Guard’s remit as established in 2005 by then Prime Minister Said Musa, Attorney General Magali Marin-Young stated, “What is evident here is government’s strategic approach to balance conservation and development. However, there is one crucial component in our strategy that underpins investments and conservation, and that is security! And the Belize Coast Guard is the central figure of Belize maritime security.”

Cabinet colleague and Minister of National Defense and Border Security Florencio Marin Junior affirmed that the Government will continue to arm and support the Coast Guard: “We need to ensure that all our sailors receive proper training, they also receive proper equipment, good housing. Some of these are tall orders and it will take some time for us to achieve it but we believe that with the rebounding of the economy and particularly the signing of the Blue Bond, we think in a couple years we can began to give some significant support to the Coast Guard for them to grow and patrol our waters.”