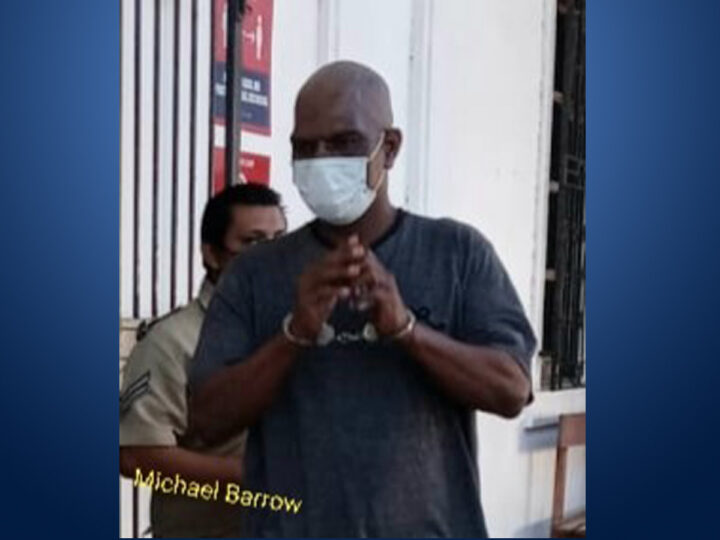 By BBN Staff: A Belize City man has been remanded to prison following charges of theft and aggravated assault on his ex-common-law-wife.

Forty-nine-year-old Michael Barrow, made two appearances in the Belize City Magistrates Court yesterday, both incidents relating to his ex. In the first incident, the woman alleges that she and Barrow got into an argument on November 24, and during the altercation, he pulled a knife on her. In the second incident, she alleges that on November 16, 2021, Barrow stole from her Atlantic Bank Account the sum of $440 cash.

For the aggravated assault charge, Barrow pleaded not guilty; the court granted Barrow bail in the sum of $2,000 plus one surety of the same with conditions that he is not to interfere with his ex or any other prosecution witnesses. That case was adjourned for February 2, 2021.

He also pleaded not guilty to the theft charge and was granted bail in the sum of $1,000 with the same conditions.

Barrow was unable to post bail and was remanded into custody at the Belize Central Prison until he is able to do so.