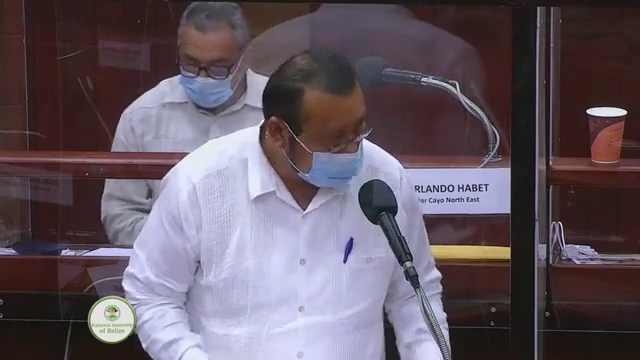 An amendment to the Sugar Industry Act proposes to clarify provisions in relation to elections of officers of the Association; and to empower the Minister to receive and deal with disputes and complaints.

Incumbent Minister of Agriculture Jose Abelardo Mai, introducing the amendment at Friday’s meeting of the House of Representatives, said Belize’s gains – and position in the region – may be at risk from internal disputes. It places in his hands and that of the Sugar Industry Control Board (SICB) the ultimate power to fairly decide disputes with the associations.

“This amendment, Mr. Speaker, seeks to correct what Associations do not seem to be able to do among themselves. It is to deescalate a situation that can rupture and cause major chaos in the industry. The aim of this amendment bill is to ensure that the sugar associations hold regular elections; leaders who seek to represent hard-working cañeros must not be allowed to hold on to office without being accountable and continually submitting themselves to the will of the people,” Mai stated.

According to Mai, he has heard the complaints that association executives, of which there are four, have yet to hold scheduled elections for two years and the Ministry’s attempts to intervene so far has failed. “It is not our first option; it is the last choice,” he explained.

On the debate, Corozal North area representative Hugo Patt expressed concern that the amendment could be used improperly by a future office holder – and in fact the Minister already has “absolute power” about the running of the associations under Section 38A of the Act. He also questioned if there was consultation with the associations, and whether the membership could be overridden, while noting that he does not accuse this Minister of bad intentions.

Patt noted that the route for addressing complaints is first to the sugar association board, then the SICB, then to the Minister, but the amendment effectively opens a clear route to the Minister himself and many associations have issues they may not agree on. He said he feared that this amendment is “rushed” and “opening a new can of worms.”

He was supported by Opposition colleagues Tracey Taegar-Panton and Patrick Faber, the former warning of a “slippery slope” in removing the autonomy of the associations in critical decisions about the associations and the rights of members of these associations.

The latter warned that “…the answer to this cannot be to big stick it by putting legislation and also in fact the legislation is a concern, but the bigger concern is the power that is going to be left in the hands of the minister and as I have said that is with all due respect to the current minister who I believe genuinely wants to solve this issue.” He also noted that in several recent pieces of legislation ministerial power has been increased, contrary to #planBelize and the plan to reduce ministerial influence. It wouldn’t fly similarly, he noted, in the case of the Belize National Teachers’ Union (BNTU), for example.

Prime Minister John Briceño noted that the laws at present do not force associations to follow their by-laws, and despite letters to authorities some of these organizations have blatantly disregarded the law, in at least one case hiding behind COVID protocol, he said. Worse, there is no accountability from one organization that hasn’t met since it was established in 2016. He also noted that the Government must protect the Fairtrade monies coming into the associations and the millers which could be at risk if protocol is not followed.

Fellow farmer and area representative for Orange Walk North Ramon Cervantes, Jr., noted that at least two associations have yet to hold elections and their leadership “is acting like dictators,” rather than following the principles of democracy.

Mai closed the debate by reiterating several times that he personally “does not crave power,” but when there is blatant disregard for the by-laws, kicking out opponents and effectively bending the association to their will – “it spells disaster,” he said, especially when the Government can do something, but doesn’t. As for the COVID concern, the Minister of Health laid the path for such meetings to be held, subject to COVID protocols, but the offending association still refused to have the meeting.

The bill has passed and goes to the Senate on Monday.