Belize gets back loan funds used for flooding; details of spending to be released 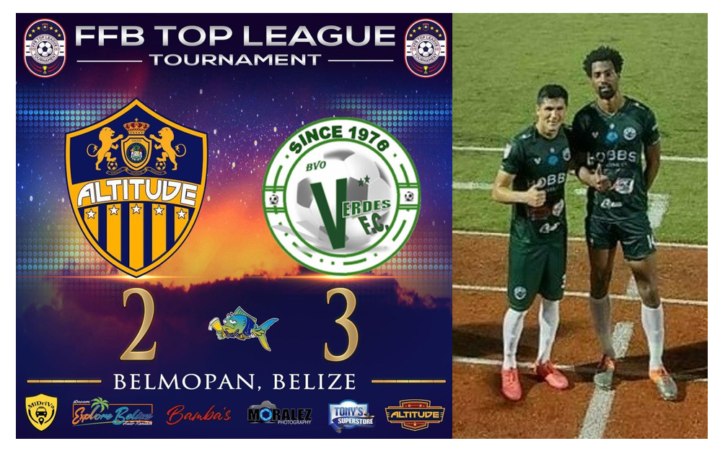 By Rubén Morales Iglesias: Verdes had to pull out their full repertoire on Saturday, December 4, against Altitude, and in the end, they were well rewarded with a 3-2 victory in their seventh game in the FFB Top League.

Edwin Villeda scored two early goals in the first half, but Altitude responded with goals from Luis “Baca” Torres and Collin Westby before the first half ended.

But Verdes were able to prevail on a second-half goal by Darrel Myvett which gave them the 3-2 win.

This was the first time in the Top League that any opponent scored more than one goal against Woodrow West.

Verdes now total 21 points from seven games moving away from Altitude who are left with 13.

On Sunday, December 5, Caesar Ridge play Garden City at 3:00 pm, and Wagiya close against the San Pedro Pirates at 6:00 pm.