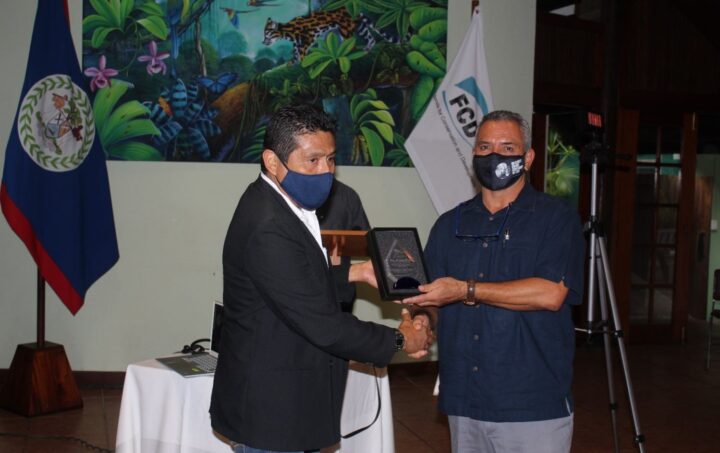 Minister Habet was addressing the 22nd Annual General Meeting of Friends for Conservation and Development (FCD) at Chaa Creek Lodge, in the Cayo District, said an FCD press release. A limited number of members were present due to COVID-19 restrictions, but others followed virtually.

During his address, Minister Habet also spoke of Government’s commitment to advance the nomination of the Chiquibul Forest as Belize’s second World Heritage Site.

The welcome address was made by the President of the Board, Mick Fleming while the opening remarks were made by FCD’s Executive Director, Rafael Manzanero, said the statement.

During the AGM, FCD recognized members of staff, Cruz Keme, Robin Magana, and Wilmer Guerra, for their field performance and BDF Sergeant Marvin Divas of the BDF for his efforts in protecting the Chiquibul Forest as part of the Joint Forces Unit operations.

Habet said that in 2022, his Ministry will be “establishing a full-fledged and detailed agreement that recognizes the government’s role and obligations and FCD’s participation and management responsibilities in what can only be a synergistic and mutually beneficial relationship with the ultimate benefit for all Belizeans now and in the future”.

The Minister also said regulatory agencies have assessed the Boiton Minerals Limited operations and have agreed that restoration activities will be done. Frequent monitoring will be conducted by the Department of the Environment, he added.

Sho said the FCD rangers conducted 362 patrols, spread out during 2,093 hours and covering 3,679 km on foot and over 4,340 km on vehicle. These patrols had the objective of monitoring and targeting poachers which resulted in the encounter of dozens of encroachers.