Police to the public: ‘Please slow down on the highways’ 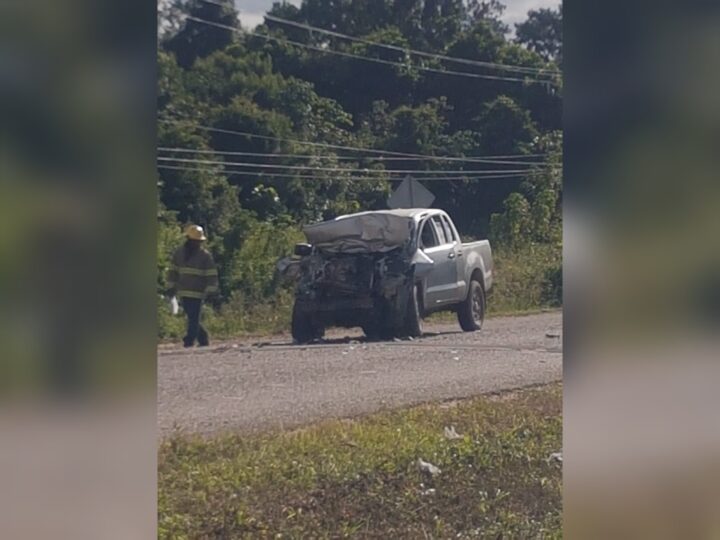 By BBN Staff: The Belize Police Department’s initial investigation into a fatal road traffic accident on the Southern Highway yesterday has led investigators to believe the accident was caused by the deceased driver tailgating the bus in front of him.

Director of Communications for the Office of the Commissioner of Police, Assistant Superintendent Fitzroy Yearwood, explained that officers responded to the report of an accident at Mile 1 on the Southern Highway around 3:10 p.m. on Sunday. Police found the pickup truck heavily damaged and the driver trapped behind the steering wheel. Reports are that the bus came to a stop near a speed bump and the pickup slammed into the back of it at high speed.

The body of the driver, later identified as one Michael Lindo, was eventually extracted and taken to the Southern Regional Hospital where he was pronounced dead. The driver of the bus has been served with a notice of intended prosecution.