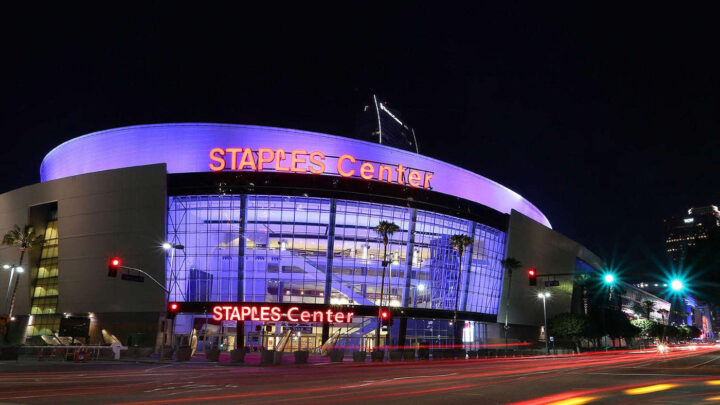 By Rubén Morales Iglesias: The Staples Center signage has now been removed from the iconic sports arena in Los Angeles which will become Crypto.com Arena on Christmas Day, December 25, 2021.

According to CBS Los Angeles, crews started the removal of “the exterior logos, signage and lettering of the iconic arena” on Monday.

The Staples Center, named that way since it was opened in 1999, has seen the Los Angeles Lakers win five NBA titles (the Lakers’ most recent championship in 2020 was won in Orlando, Florida due to Covid) and the Los Angeles Kings claim two NHL crowns.

The home of the Lakers, the Clippers, the Kings, and the Sparks it will still be, and people may still call it the Staples Center for a while, but the name change, valued at US$700 million, goes official on Christmas Day when the Lakers host the Brooklyn Nets. The 20-year deal, paid for by Crypto.com, is the biggest naming rights deal according to CBS.

However, the new signs are not expected to be up until June 2022.

Fans took to posting all types of comments on social media, but perhaps Jacobi Walker’s represents the general feeling of fans of the Los Angeles teams.

“I will never recognize the ‘new’ name! His momma named him Staples. I’mma call him Staples.”

And while the arena is in Los Angeles, Belizeans surely will have quite a bit to say. After all, we have many Los Angeles teams’ fans here.

One of our Breaking Belize News coworkers lamented: “In 20 years, 20-year-old kids will never have heard of the Staples Center”.