Belize Weather: Another fair and fine day ahead 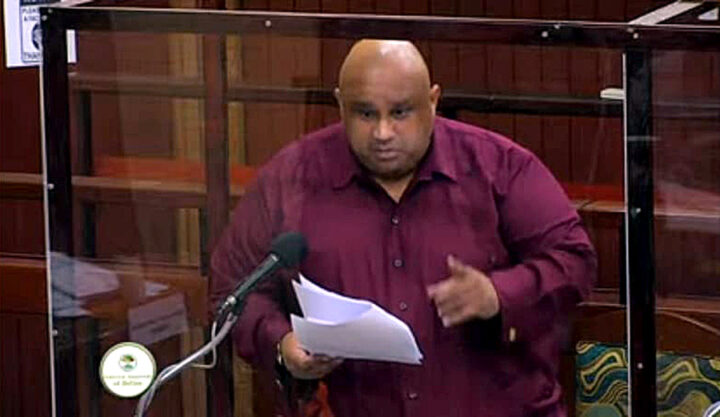 By Aaron Humes: Lead Opposition Senator Michael Peyrefitte went on the attack in Monday’s meeting of the Senate during the debate on the second Supplementary Appropriation Bill, which asks for $45 million in more spending through the end of the fiscal year.

He observed that much of the money is going toward what budgeters call “personal emoluments” – in a word, pay or salary.

According to Peyrefitte this is cover for the PUP finding jobs “for their people” while giving regular public officers “the blues” with the ten percent pay cut.

The two-faced approach, he concluded, shows that the blue have lost empathy from their vocabulary.

Also chiming in was Senator for Trade Unions and Civil Society Senator Elena Smith, who called the allocations for new salaries “a slap in the face” after their sacrifice to help the government get rid of the SuperBond among other things.

“We can only hope, Madam President, that this is not how we are going to be operating going forward, because if it is that we have to come here October and then we are here again December and every six weeks we wah come, we are really and truly not doing what we ought to be doing,” Smith said.

The bill was passed and now becomes law.