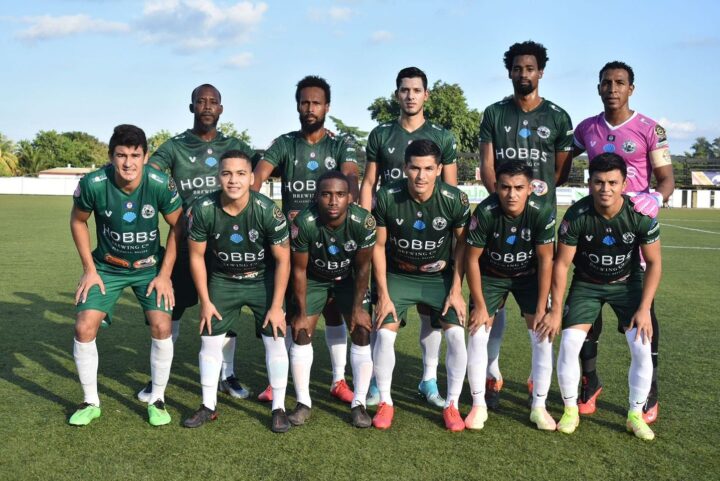 By Rubén Morales Iglesias: Verdes are marching in perfect stride in the FFB Top League winning seven of seven games with three left and having beaten their closest competitor on the weekend.

Their 3-2 win over Altitude keeps them at the top with 21 points, five more than Altitude that have one more game in hand having played midweek.

Mexican Edwin Villeda converted a brace in the 4th and 7th minutes at the Isidoro Beaton Stadium last Saturday with Darrel Myvett securing the victory in the 57th. Luis “Baca” Torres in the 21st and Collin Westby two minutes into injury time (45’+2) at the end of the first half had given Altitude hopes of taking down the leader but it was not to be.

Altitude had beaten Garden City 2-0 last Wednesday in a game brought forward on goals by Torres in the 37th and Colombian Ronaldo Vergara in the 54th.

After nearly eight weeks, since four teams have played eight games, Verdes lead with 21 points, followed by Altitude with 16, Pirates with 13, Garden City with 10, Wagiya with 5, and Caesar Ridge with 1. Verdes and Wagiya are one game behind.