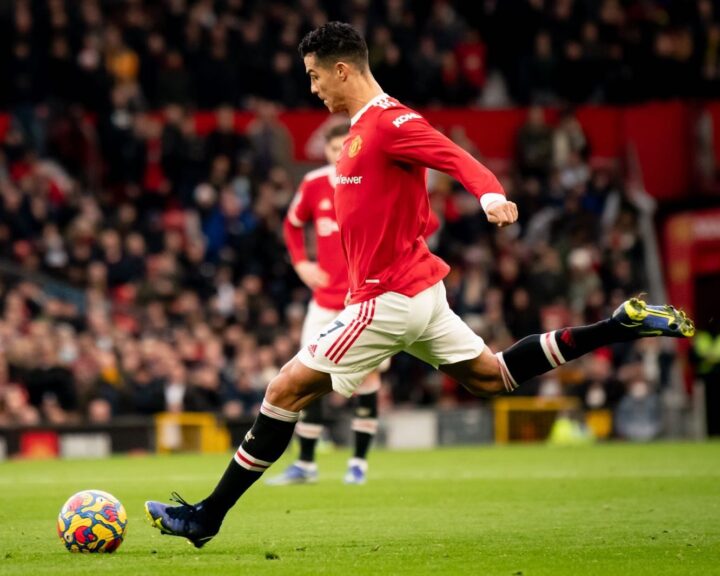 By Rubén Morales Iglesias: Cristiano Ronaldo became the first player to score 800 top-level career goals when he scored a brace for Manchester United in a 3-2 win over Arsenal last Thursday, according to the BBC.

“Our minds are already set on the next game, there’s no time to celebrate! Today’s win was very important to get back on track, but there’s still a long road to go until we reach our destination…” Ronaldo was all business on Instagram after the win not dwelling on his record.

“Incredible. We all know he is improving game by game, year by year. He wants to keep being the best and that’s what he did. He knows how to self-motivate,” said Bruno Fernandes, his United and Portugal teammate, according to the BBC.

Though there is official database that establishes football’s all-time top scorer, but Ronaldo is at the top according to present day charts for official high-level games matches.

But not everyone will agree. Brazilian icons Pelé and Romario claim to have scored more than 1,000, ut according to the BBC, is friendlies are removed their numbers drop to the 700s.

The Czech Football Association also claims that Josef Bican, who played in Czechoslovakia and Austria, scored 821 goals in official matches. But other tallies have him at 805 including reserve-team and non-official international goals.

According to unofficial statisticians, the Recreation and Sports Soccer Statistics Foundation (RSSSF), Pelé (769), Romario and Ferenc Puskas (both 761) are the players nearest to Ronaldo said the BBC.