Prime Minister John Briceño has lunch with Council of Churches, says it’s time to give thanks 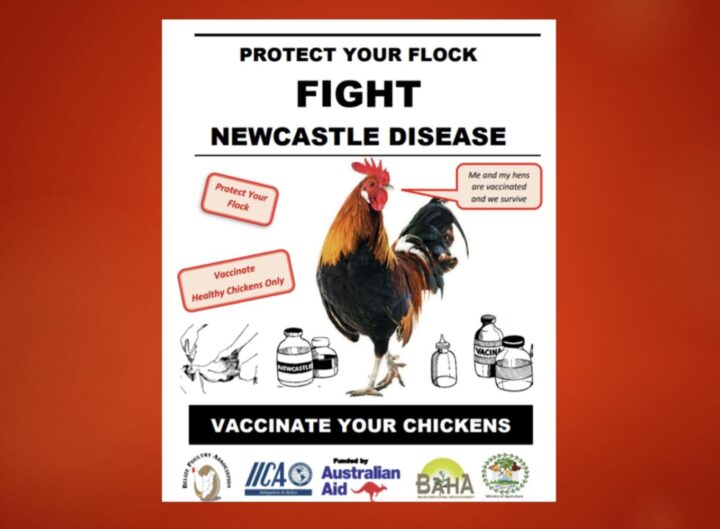 By Rubén Morales Iglesias Following an outbreak of the Newcastle Disease Virus (NDV) in backyard poultry in the Belize and Toledo Districts, the Inter-American Institute for Cooperation on Agriculture (IICA) made a financial contribution to the Ministry of Agriculture, Food Security, and Enterprise (MAFSE) to acquire 90,000 doses of vaccine said a joint statement IICA and MAFSE statement.

The funds also made possible the purchase of “personal protective equipment (250 units), cryogenic vials for sampling (1000 units) as well as to support the awareness program to encourage reporting of cases, to strengthen biosecurity and to prepare for declaration of freedom from the disease”.

Immediately after the outbreaks, on September 14, Belize notified the World Organization for Animal Health (OIE) and activated an Emergency Task Force to manage control measures. The task force is comprised of government agencies and stakeholders such as the IICA, the Regional Organization for Agricultural Health (OIRSA), and the Belize Poultry Association (BPA).

MAFSE has already conducted vaccinations programs in both districts.

“Newcastle Disease is caused by a virulent strain of paramyxovirus which can be spread through direct contact with the bodily fluids of infected birds,” said MAFSE in a statement in November.

“It is essential that all poultry owners follow good biosecurity practices to help protect their birds from infectious diseases,” the MAFSE statement added. “These include simple measures such as washing hands and scrubbing boots before and after entering a chicken coop or barn, cleaning and disinfecting tires and equipment before moving them off the property, and separating sick and vaccinated birds.”

The present joint statement said that if control measures were not taken the Newcastle Disease Virus would hurt food security and livelihood as it would collapse the poultry industry.

“In light of this, the task force recommended aggressive vaccination in the restricted and control areas to help stop the spread of the disease, complemented with public awareness, strengthened farm biosecurity, education and training, intense surveillance and movement control,” said the joint statement.

With IICA’s contribution and the coordination of the Belize Agricultural Health Authority and the Belize Poultry Association, MAFSE was able to acquire the vaccines and accompanying equipment.

IICA said it “remains committed with the Government of Belize to continue supporting the campaign as well as for the development of the agricultural sector”.