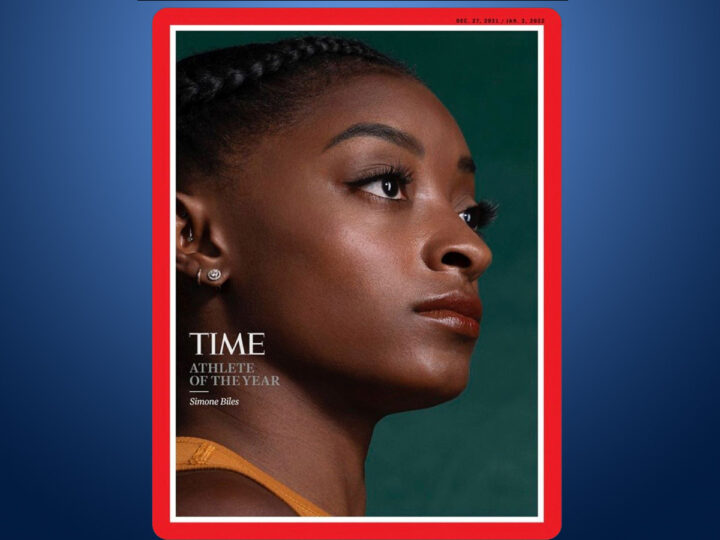 By Benjamin Flowers: When Simone Biles withdrew from the Olympics in Tokyo earlier this year, it placed a greater emphasis on the mental health of athletes. Acknowledging Biles’s boldness to prioritize her mental health, Time Magazine has named her 2021 Athlete of the Year.

Biles, 24, has 32 Olympic and World Medals to date, and two signature gymnastics moves named after her. However, she withdrew on July 27, saying that her mind and boy were not in sync. She would later return and compete in two events, where she won a silver and bronze medal.

Time stressed that Biles “made clear the importance of prioritizing oneself and refusing to succumb to external expectations at a time when anxiety and depression rates were rising.

“With the eyes of the world upon her, she took the extraordinary step of saying, ‘That’s enough. I’m enough,’” the magazine wrote.

Biles, who has Belizean lineage, has been known to frequent Belize when on vacation. She recently spent Thanksgiving in Belize, which was highlighted by the Belize Tourism Board.